As the UK's leading garden machinery store, we are constantly expanding our range of goods with new, innovative and exciting products to take advantage of new technologies and engineering developments. Just as plant breeders come up with new varieties each year and expand their offerings so machinery companies develop and refine their lists, so here…Continued
October 27, 2016 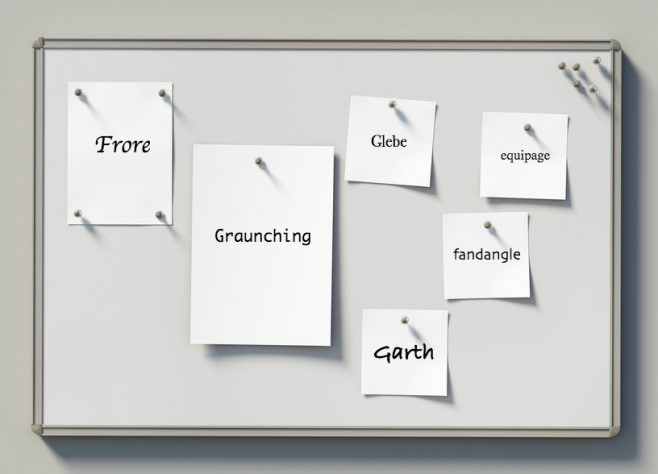 Yes. The reference in the title is to the the brilliant perennial hit track, written and recorded by The Members in 1979 and possibly one of the most accessable Punk/Post Punk/New Wave/Whatever You Want To Call It singles of the whole glorious era.

There is no mention of a lawn mower in The Sound of the Suburbs, but it is there in the cultural mix just the same. The lawn mower is as much a part of the sound of the suburbs on any given Sunday as the car washing, teenage band practising in a bedroom somewhere and the Sunday roast being prepared in the slate topped kitchen.

This brings me neatly to Dick’s blog yesterday, on the fabulous Oleo-Mac G53 TK Allroad Plus, as informative, helpful and advisory as ever, with some great tips on Autumn mowing. But more than that, he introduced me to a relatively little known but completely superb word. I quote…”Should you hear the engine start to struggle or a graunching noise from the cutter deck”

Yes. You read right. Graunching. What-the-hey? It’s wonderfully onomatopoeic, not made up and, according to Google, traceable to Leicestershire dialect from the late 19th century, meaning to make a crunching or grinding noise. Wheels graunching against a wall, graunching the gears in a car etc. It’s the sort of sound that should cause alarm whenever you hear it because something isn’t going right, as Dick points out so succinctly. Other noises you don’t want to hear coming from your lawn mower are ‘clanging’ ‘knocking’ and ‘banging’. But these words are all in common usage, which is more than can be said for graunching.

We need more words like this to come out of hiding and show themselves as the natural superiors to your LOLs and your blings and your mankinis. There are hundreds of old words, forced into early retirement that could do with an outing and a slap up meal. Words like ‘equipage‘, an archaic term for gear or equipment. Has a nice sound to it and it would be nice to see on the MowDirect home page MowDirect – The UK’s Leading Garden Equipage Store perhaps?

Then there is blow, an old word – meaning to be in flower or to produce flowers. Many gardeners wold recognise overblown but no-one ever says “My hyacinths are about to blow” do they?

There is fandangle, meaning a useless object or a thing purely there for ornamental purposes and the perfect description of Mrs Drew’s current obsession, a large bronze statue of Buddha that is currently sitting by the pond looking pleased with itself. And anyone who thought I was going to say Mrs Drew… shame on you!

And what about a glebe, which is an old term for a meadow. Glebe is a lovely word with something of the Lewis Carroll about it. I could see it being used in every day conversations. “You’ll have to excuse me but I’m I’ve just taking the MD Tondu up to clear the top glebe.”

Finally, an old word for garden, or yard. I can’t believe I never heard this one before but garth is a garden.

So, to try to illustrate usafe, if you combine the old word for frosty or frozen with the old words for garden, a woman, a nagging wife, plus a word meaning  to implore someone to do something and an archaic name for tomatoes you might get a sentence like:

Sounds like something from Round the Horn? Yes I thought so too. Anyway, I say bring back all these old words and if your lawn mower, car or even your lower back is graunching, do something about it!