As the UK's leading garden machinery store, we are constantly expanding our range of goods with new, innovative and exciting products to take advantage of new technologies and engineering developments. Just as plant breeders come up with new varieties each year and expand their offerings so machinery companies develop and refine their lists, so here…Continued
December 19, 2017 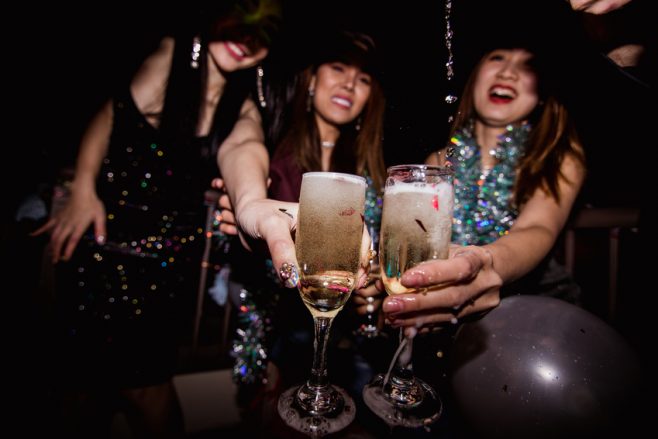 What is it about Christmas that brings out the party animal in even the most polite, sedate and timorous of people? I recently went to a Christmas party for a publishing company for which I occasionally write.

The party was located in a lovely ‘Ye Olde Hotel’ in the middle of rural Sussex, with matching Elizabethan gorgeousness, a golf course and top-notch food, and during the meal I was seated next to a quiet, educated and unassuming couple, Kitty and Ashley who work in accounts.

We’d not met before and we sat round a lavishly decorated board and ate petit fours, prawns, fabulous turkey and brandy soaked Christmas pudding as we downed a few bottles of very nice red wine and chatted amiably about newspapers, the novels of Dickens, TV’s Secret Life of the ZOO, Christmas crackers and children (they have a couple). So far so good.

After dinner we retired to the lounge area, booked out by the company for our use, with a free bar and comfortable seats and we continued talking while my date for the evening Monkey Puzzle Ben, ace-arborist and friend of my BFF B, occasionally regaled us with tales of school-boyish tree surgery antics in tall trees that frightened the life out of me and confirmed my wish to never have to use a petrol chainsaw.

As I mentioned at the start of this short but cautionary piece of writing, there is something about Christmas and Christmas bashes that can turn people from sweet, kind, thoughtful souls who love their families and work hard, into raving bonkers break-dancing psycho-demons who will remove their clothes at the drop of a hat, kiss you for no reason or start to argue loudly about the slightest of subjects as if their lives depended on it.

So by midnight this respectable, bespectacled couple I was talking to, who drive a Volvo estate and shop at M&S, had accused me of being a communist, flung some Christmas pudding at the CEO,  swapped clothes, snogged noisily on the coffee table and spent ten minutes flinging liqueur bon-bons into each other’s mouths across the ice luge.

Meanwhile my ‘so called date’, Ben, had attempted to chat up the wife of the IT Director, fallen over a footstool, pouring beer into the handbag of the marketing manager and finally collapsed in a heap on the table that held all the presents from the management to the staff.

The couple eventually poured themselves into a cab, accompanied, in a shock turn of events, by Ben who by now had his arm round both Kitty and Ashley and totally ignored my pleas of “I thought you were my date”. They all three shot off into the night where, no doubt they went back to the couple’s home where, no doubt, they continued to drink and caused a major scandal in the quiet Cul-De-Sac where they live. Do I care? No. Not really.

Obviously, excess of alcohol is a major culprit in this tale of woe and weirdness,  but I am not a puritan. I don’t think you shouldn’t have the odd glass or two. I just think there are some guidelines to follow that make such evenings easier on the mind and the Facebook profile.

So here are my top seven tips to avoid the seven deadly sins of embarrassing behaviour at any of your Christmas parties.

And that’s it. Have a lovely pre-Christmas party or do if there is one in the offing and don’t forget to take my advice.  See ya.   Holly.