As the UK's leading garden machinery store, we are constantly expanding our range of goods with new, innovative and exciting products to take advantage of new technologies and engineering developments. Just as plant breeders come up with new varieties each year and expand their offerings so machinery companies develop and refine their lists, so here…Continued
May 23, 2017 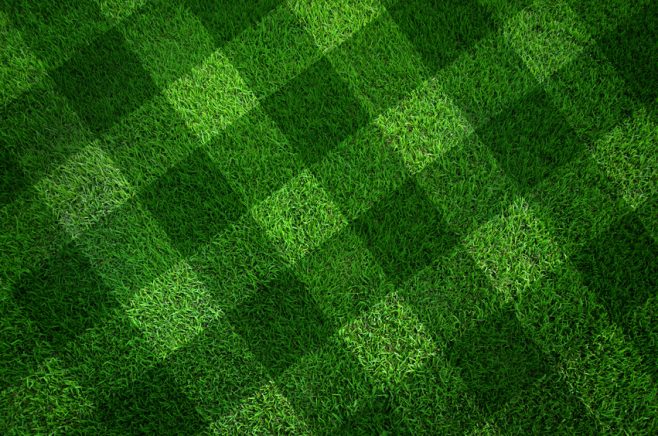 Where was I? Ah yes. As a firm tennis fan and a rabid socialite, not to mention blogger, girl-about-town and all the rest, Association Football and I only rub shoulders occasionally.

Not that I don’t like the beautiful game. Leave it out Ref! How could a girl with my eye for detail and aesthetic beauty ignore the magnificent vista of a thirty yard screamer, bent like a 70s TV cop, curving through the air and smacking against the top right hand corner of the net as the plucky goalkeeper just misses the ball by a fingertip? Wow! How could I not appreciate the satisfaction of an 11 pass goal. How could I not sigh in joy at the silky skills of Messi, the speed and accuracy of Bale and the gentle boyish charm and on and off pitch subtlety of Rooney?

Hmm. Well you know what I mean. I love a bit of footy and am happy to curl up with a glass of the sparkling nectar and Match of the Day, but I seldom get to see a top-notch match in the flesh and the bizarre vagaries and challenging shifts of culture and fortune in the game do occasionally make me wonder whether I have stepped into an alternative reality. You know, Arsenal out of the top four for the first time since the Romans conquered Britain, Leicester City getting into the

Champions League, Paul Pogba costing £90,000 million… you can almost get a cockapoo puppy for that! However (and Leicester City feature heavily in this oddity of the football world) what caught my eye, or rather my ear on radio 5 live this weekend, as the final chorus of ‘Get Out Of Our Club’ was sung to Stan Kroenke at the Emirates, as Chelsea were finally crowned as the bestest rich team this year, as perennial sulkmeister José Mourinho fielded the youngest ever Man Utd squad for their last game of the season, was some chat about the UEFA ruling about pitch markings.

Leicester city’s groundsman, the now rightly lauded and famous John Ledwidge, has had a penchant for the exotic when it comes to ‘striping’ his pitch. He must also have some seriously good professional lawnmowers, probably very good quality cylinder mowers and a team of artistically minded chaps and chapesses in control of them for his patterns have been outstanding. From the club badge mowed into the centre circle to tartans, 3-D looking stripes and crop-circle type affairs, he has made an art form of this, presumably so the fans have something to look at on the pitch while their team struggled getting to the other side of it.

This is not magic, not tricks and not smoke and mirrors, it is all done by accurate cutting and the most meticulous rolling. This is inspiring for those of us who struggle to create a straight line on the lawn and can barely manage stripes! I say those of us, of course my friend Brody does my lawn usually but you get my drift)

There are people who can do it on their lawns and machines that will do a great job (see the top-quality Morrison 54RS Left) but these pitch patterns are something else.

This wealth of turfy expanses of football beauty on the pitch have also been apparent at Southhampton and many other clubs, but I have to say the pitch designs at Leicester’s King Power Stadium have consistently been my favourite.

But, not so UEFA. It seems they decided it was all too much and that these designs are an infringement of … oh I don’t know… some bizarre rule or other made up over champagne do doubt dreamed up in an exclusive bar in Switzerland where a beer costs the price of a small family car.

UEFA issued Leicester a pre-card warning that there were to be no no elaborate patterns on the pitch when they played their champions league matches. It is , as ever, delightful to see UEFA, using their time, influence and money wisely, concentrating on the important issues in the game.

All I can say is this is an attack on the best of British. An attack on the sheer, awesome, crisp beauty and artistry of great lawn mowing and rolling. Douglas Hayter the father of the famous quality rear-roller mower dynasty must be turning in his grave.

These rules still stand. According to EUFA’s ‘brand manual’ grass must be cut in straight lines, only across the width of the pitch and perpendicular to the touchline. Banning creativity and keeping things ‘straight’; seems to be the point.

Well, let’s just suggest that it’s not the first time EUFA have hampered creativity, and as for staying on the straight and narrow? I am saying nothing.

Anyway. The football season is over, bar the FA cup final, (“Hurrah, come on you..” ah…now that would be telling)  now it’s up to Wimbledon and Cricket to keep us amused and show us just what a good, well cut, beautifully rolled and ‘not-over creative’ sports lawn should look like.   See ya.   Holly.