As the UK's leading garden machinery store, we are constantly expanding our range of goods with new, innovative and exciting products to take advantage of new technologies and engineering developments. Just as plant breeders come up with new varieties each year and expand their offerings so machinery companies develop and refine their lists, so here…Continued
May 16, 2017 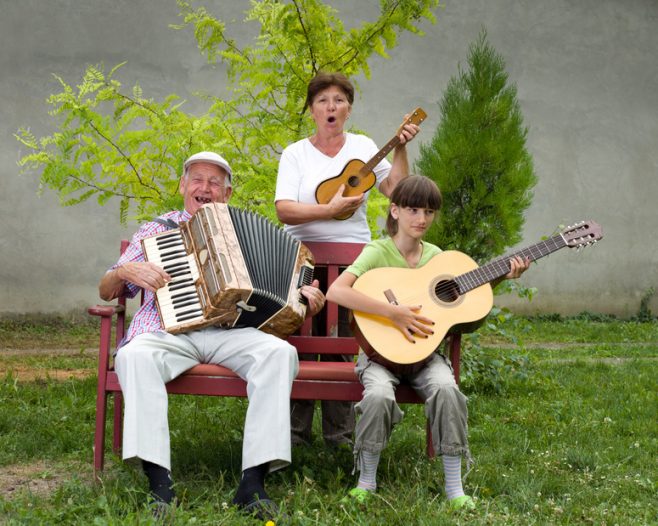 So, as usual, I was joined for the festivities by my long-time Euro-companions, Katy, Bobby, Nigel and Plastic Peter. No Imogen and Frankie this year, it took them three months to recover from the culture shock of their first Eurovision last year so they have, instead, gone to a calming performance of Mahler’s 9th Symphony at the Barbican.

This time we were joined by my delightful, mad and quite brilliant artist friend Janek Antionovitz who was very much against the idea and absolutely NOT a fan, having refused several invitations to watch with us before saying”I wouldn’t watch that nonsense if you paid me” (this from a man who once submitted a clown’s nose in a tub of margarine to the Turner prize committee.)

However, I lured him this year with the offer of some vintage brandy (which is, in fact, very like paying him). After the first ten minutes he turned to me with an accusing stare and said, “But Holly darling,  this is simply fricking marvellous , I can’t believe you’ve kept this from me all these years”. I ask you, what’s a girl got to do to make these people listen?

But to the show. And what a show it was. Another monolithic masterpiece of campness, confusion and choreography.  The usual many-layered cake of muliti-coloured cack, containing all the usual, much loved, ingredients. Here is the top ten…

So far so ‘good-grief not again’. But we were also treated to a Ukrainian fan wrapped in an Australian flag mooning on the stage, a dancing gorilla, inappropriate yodelling, a man from Azerbaijan on a step-ladder wearing a horse’s head, and a decent performance from our singer and a soft, slow, non-poppy winner from Portugal.

Let’s face it. Portugal have not won in over fifty years (feels like that for us although it’s actually 20)  abut they certainly smashed it this year with a record score of 758. And that’s after a long period of ‘what the heck?’ with the most confusing scoring system since Ted Rogers explained the riddles on 3-2-1 with Dusty Bin.

As Plastic Peter pointed out, even the winner himself didn’t understand the scoring system, which would take minds the like of which we haven’t seen since Alan Turing cracked the Engima code to work out. The modest and seemingly underwhelmed Salvador Sobral claimed not to understand the voting system which is probably why, rather than the usual emotional outburst and floods of mascara destroying tears, he received the award like a man who has just been told he has got to the front of the queue for his prostate examination.

And the song? It was sweet, old fashioned, quiet and non-bombastic and called Amar Pelos Dois, (Love for Both) written by his sister. It had a VERY long introduction, and was totally incomprehensible for me as it was sung in lovely sounding but linguistically challenging Portuguese (which is fair enough, it was from Portugal) For me though, it would be fair to say it was underwhelming and seemed to finish before it really got going. Ho hum. Katy rather likedf Salvador, but I did point out that he had a very high voice and a man bun and they really are not the thing.

That does though, put it way out in front of the Italian entry who obviously thought that including a loosely choreographed gorilla in the act would enhance his chances, or the Romanian entry which was an extraordinary and baffling fusion of Hip-Hop rapping and Alpine style yodelling. Never thought I’d write that sentence.

I thought our song was not bad at all and Lucie Jones did a great job with an assured and tuneful performance, although she did have an odd habit of pulling strange faces in the emotional bits. Definitely one of the best Brit performances for a while though. The song was called ‘Never Give Up On You’, but someone clealry did or we wouldn’t gave come 15th! Well done Lucie.

All in all I think it was a pretty good year. Could have done with a bit more nonsense, I mean we don’t want it getting too professional, but there was enough colour, character and craziness to satisfy. Janek is now a convert and threatening to hold a huge Eurovision party next year. We’ll see.

So. Did I get into the garden at the weekend? Sadly no. Again. But the grass is growing, the fuchsia tops need pinching and there’s lots to do, so… see ya.   Holly.