As the UK's leading garden machinery store, we are constantly expanding our range of goods with new, innovative and exciting products to take advantage of new technologies and engineering developments. Just as plant breeders come up with new varieties each year and expand their offerings so machinery companies develop and refine their lists, so here…Continued
September 6, 2016 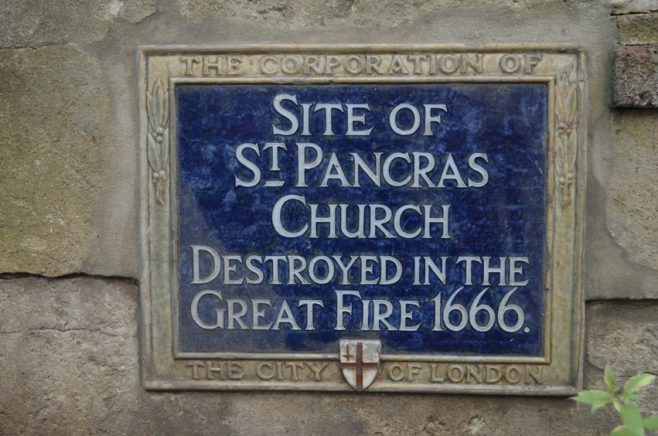 Hello all. I spent a very happy weekend at various functions, not least of which was a barbecue to celebrate the anniversary of the Great Fire Of London. Crass? Inappropriate? I should say so but my lovely friend Michael is Australian and knows no boundaries when it comes to taste, both culinary (where the taste is exceptionally good) and social (clearly bad) so we ate delicious beautifully prepared food, prawns, swordfish, steaks and marinated lamb.

Michael insists that cooking lamb on a barbecue is a real science and not for the faint hearted and that not everyone can do it. It is certainly true that every item was chargrilled to perfection and accompanied by very good extracts of the grape while listening to a playful playlist of songs dedicated to burning, fire and all things flame related. So think London’s Burning by The Clash, Burning Car by John Fox) Beds are Burning by Midnight Oil, very Australian, and so on,

A quick word about the fire of London. It was started, famously, in Pudding Lane in Thomas Farynor’s baker shop. It destroyed over 13, 000 houses, 87 churches and the original St Paul’s Cathedral. But, amazingly, only four people are known to have died in the blaze. It was the 350th anniversary this weekend and there were some fabulous events taking place to mark this major disaster and part of London”s interesting history. Like the burning of this massive model of 1666 London.  If you want to know more about the fire in general  Read here.

Anyhow, back to the barbecue. Totally fun. B turned up so we had a good natter and drank some very nice bubbles. Sadly I rather feel that may be the end of the barbecue season but it was nice to see, as we danced around Michael’s lovely landscaped garden in Hampstead to the sound of ‘Disco Inferno’ by The Trammps, hordes of neighbours, all out either doing similar, or quietly mowing their lawns. And, here is the thing, when I say quietly, I mean quietly. Read on.

Michael’s neighbour to the right hand side is an actor, I won’t give any names away but let’s just say he has played at least one TV cop in his time, and he was invited to the barbecue but when Michael asked if he was coming over he said “just got to whip the mower round my lawn first.” This caused much anxiety as all the boys and girls  in Michael’s’ garden were enjoying the strains of The Prodigy’s Firestarter at the time and the idea of it being drowned out by lawnmower noise seemed to perturb them slightly. (I personally think lawnmower noise would be preferable and possibly more tuneful but each to his own)

Anyway, no-one needed to worry because this mower was quiet. I mean, really quiet. So quiet you could hear the lamb sizzling on the barbecue (well, that’s a bit fanciful but you could certainly hear Keith Flint’s jerky, scary vocal.

When Michael’s neighbour had finished he popped round to join us just as The Kings of Leon were busy telling us our Sex was on fire. He was carrying a couple of bottles of chilled bubbly (like the wonderful Susan Hampshire, he always keeps some on ice just in case) So I sidled over to get a top-up and politely  asked him how come his mower was so quite. With the enthusiasm that can only come from an actor who has been asked to talk for a bit about something, using his best advert voice, ho told me it is one of the latest battery powered machines and that it’s fabulous. Well, coming from actor’s one always takes that with a pinch of salt, as they can often make even PPI claims and toilet paper sound fabulous, but Turns out we sell it at MowDirect and it really is fabulous. I should have known that, sorry Dick, sorry Drew). In fact, Dick has just been writing about this mower in his blog yesterday.  It’s called a Redback. Apparently that is an Australian spider – interesting, but don’t get them mixed up…

The Redback Mower has an extended family of chainsaw, pole pruner, hedgetrimmer, leaf blower and brushcutter, all powered by the same battery. A new range totally exclusive to MowDirect – it seems they all run off one battery and are very good indeed. Worth checking out. You can see Dick’s blog here.

Anyway. I am definitely going to be looking at one for my small patch of urban green as not waking up the neighbours at 2pm the day after I have had a party that kept them up until 5AM seems a good idea!

And as to the barbecue. This TV actor with the Redback and I got on like a house on fire (sorry) and danced the evening away to such classic’s as Burning Love (Elvis) Babylon’s Burning (the Ruts) and Set Fire to the Rain (Adele) it was a late night and we’ll draw a fireproofed curtain over the rest.

Enjoy what’s left of the summer folks, there’s bound to be a bit more sunshine we can squeeze out of this season! See ya. Holly!