As the UK's leading garden machinery store, we are constantly expanding our range of goods with new, innovative and exciting products to take advantage of new technologies and engineering developments. Just as plant breeders come up with new varieties each year and expand their offerings so machinery companies develop and refine their lists, so here…Continued
October 13, 2015 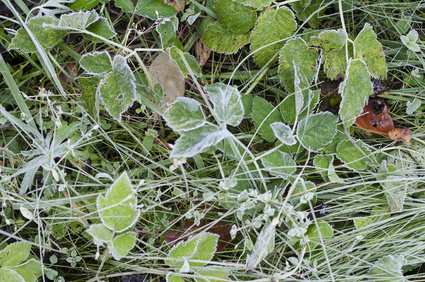 Yes. It’s here isn’t it. The temperature has taken a leaf out of the England Rugby team’s book and plummeted off the scale. Well, not quite that yet, but we are, definitely, finally, at home to Mr Chilly. The linen blouses, shorts, crop tops and sandals will have to make like the swallows and go away for the Winter, and out come the fisherman sweaters, thermal vests, fleeces, scarves and winter coats.

Now my little bijou London abode is fairly warm and cosy, no real need for burning wood in great quantities when you’ve got heating and people living either side but when I popped up to stay at my Folks place in rural Norfolk this weekend, it was ‘Brrrrs’ all round. I’m glad I took my cashmere pashmina and warm jim-jams is all I can say.

Mummy and Daddy were away so I was basically babysitting the menagerie of animals they keep around the place and having a quiet weekend on my own in their ancient cottage. (It’s actually a converted old forge, very nice if you like that sort of thing).

But cold? When I pushed through the front door it was like entering a meat store. I couldn’t just see my breath coming out, I could virtually see it turning to ice crystals as it dissipated. Cold as a Polar Bear’s Bum-Bag.

The central heating (such as it is) doesn’t go on until mid-October (strictly the 15th ) and off again at the beginning of April (strictly the 1st).  These rules don’t change even if we have freak weather. In fact, if the ice age came again at the end of September, my Father would still be standing there, wagging an icicle fringed finger at me telling me it’s not cold enough yet. Subsequently I couldn’t put the heating on (he would find out if I broke his security code and it’s more than my life is worth) No. The way you keep warm in parents heat the house is rather like a pub crawl… basically you end up hopping quickly from one hot spot to another. So I busied myself building fires and so on.

Mind you, central heating nonsense aside, those hot spots are lovely when you can fight your way through the dogs and cats and get near them. Wood burning stoves, fireplaces and the solid fuel range cooker in the kitchen all give off a cozy, Christmassy heat  and the fireplace in my parent’s sitting room is the kind of size and shape that makes you wonder if Harry Potter is going to suddenly appear in it blinking and looking confused.

Of course, Daddy has a log splitter which I used to make sure all my hot spots were on full tilt. He used to insist on chopping firewood by hand but, as he says, ‘Ah Holly. These days I leave the axes to lumberjacks and Jimmy Page’. He then laughs at his own joke. And so do I. He is my Daddy after all. He took my advice when we were discussing this some while ago. I have always maintained that you can’t do much better than this simple, easy to use electric model we sell at MowDirect. The MD 4-Ton Electric Horizontal Log-Splitter (Special Offer) is, as Dick was saying so eloquently in his blog yesterday, about the best value electric splitter you can buy.

However, I digress. What I really wanted to say was that on one hop from Kitchen range to sitting room fire, sherry in hand, I noticed, next to the fireplace, under the newspaper I had used to get the fire started, another stack of paper that was clearly there to be used as fire-lighting material. Absolutely fine, great way to use up old paper, screw it up, make loose ‘briquettes’ and start the fire. What wasn’t so great was that I suddenly noticed my name at the top of some of them. I took a look. My name was on all of them. And Why? They were my blogs. All the blogs I had printed out and sent to them, on account of my parents being Luddite about anything with a screen and a hard drive. Charming. There’s me thinking they were keeping all these pages of my outpourings for posterity and no, they are utilising them as firelighters. I wonder what they have done with my childhood paintings? Used them as mulch? What about my A level and degree certificates? Cat litter?

So my parents and I are not talking right now. They have tried fobbing me off with excuses about “once you’ve read them you’ve read them” but I won’t be sending anymore print outs just to be incinerated, that’s for sure.

However, I will probably be buying them a computer this Christmas, and teaching them how to use it, as they insist they still want to read my stuff.  Let’s see them throw that in a basket and use it as fuel.  See ya!  Holly.