The new Spring edition of Living Woods Magazine, contains a very special section for us! Arborist expert and LWM writer, Rich Hare writes a chainsaw review on our very own Feider Chainsaw - Pro 45. Living Woods Magazine is a quarterly magazine for everyone who loves woodlands, trees and timber. You can subcribe for free…Continued
July 5, 2018 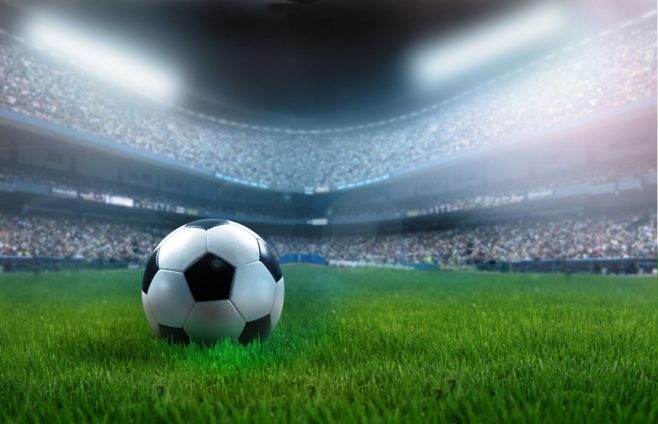 So. Legends were created. Wounds were healed. On the lush green football pitch of the Moscow Spartak stadium, under the watching gaze of more than 5000 loud England fans and 40, 000 Columbian fans in the stadium and more than 20,000,000 people worldwide (count those zeros) WE WON, not just a last 16 match to get to the quarter-finals, but a penalty shootout. The first penalty shootout we have won in 22 years! Eng-er-land!

The last time our lads made it to a quarter-final was 2006 when, as any sad, hurt and embittered England fan will know, we went out to Port…Portu…Portug…no   I can’t bring myself to write the word.

Last night was a night of mixed emotions for me and my gang. Fear, excitement, frustration at times. I organised a kind-of World Cup soiree with my medium sized flat-screen and sound bar pulled out onto the decking and garden chairs for everyone.

We had vats of Prosecco, beer for some of my ale-loving friends and food from both Columbia – the unofficial national Columbian dish of white rice, beans, pork rind, chorizo, black pudding, avocado, plantain and a fried egg – and England – mini fish and chip canapes, sausages and mash. Try keeping that lot down during a penalty shootout out.

Despite everyone telling me not to get excited and expect anything, ever since the Panama match I started to believe and screamed and nearly fell off my Jimmy Choos when Columbia scored the equaliser. The, after a fairly tepid spell of extra time, the dreaded penalties. But England took theirs well and plucky Toffee shot-stopper Jordan Pickford saved one and we were through. Hooray! Champagne (prosecco) flowed, high-fives were exchanged and someone ordered another takeaway…Vindaloo of course.

And in the lead up to the match we listened to World Cup football songs. So in the interest of sharing, here is my Summer World Cup Song playlist (well, a small selection.)

1.  Three Lions. World Cup 1998. (Lightning Seeds, Baddiel & Skinner.) It has to be really, doesn’t it? I know it’s a re-release of the Euro 96 toon, but, I mean, Ian Broudie from the Lightning Seeds, David Baddiel and Frank Skinner, a Scouser a Londoner and A Midlander, gathered together for the purposes of kicking miserable cynics and pessimistic commentators and pundits up the junction? Yes. Bring it on. There’s nothing quite like listening to a Liverpool fan, a Chelsea fan and an Aston Villa fan agreeing on football and also realising that one of them can actually sing (clue…and it’s not Baddiel or Skinner.) A catchy and irresistible chorus, intelligent and urgent lyrics and a great arrangement make this my all-time winner! I once went to watch a World Cup match in the local pub with some friends, and my new boyfriend came along. He knew nothing about football and was sporting a white formal shirt with three huge chunks of roughly torn packing tape on his sleeve. When I asked what the bally-heck these things were he said ‘They are my three lines on the shirt, like in the song? But I didn’t have any scissors’. Three lines? Why? He didn’t think it through. He didn’t last long! (True story!)

2.  World In Motion. World Cup 1990. ( New Order & The England Squad.) I was VERY young but come on. Who doesn’t love John Barnes sweet and slightly cheesy rap in this track attributed to England New Order?  New Order frontman Bernard Sumner’s typical slightly wavery vocals and the very NO specific electric backing track made this dance orientated football track a proper hit. Listening to this recently I  if it is also the first time anyone actually shouted Eng-er-land. If you watch the video you should look out for Fat Les, (Vindaloo) otherwise known as Keith Allen, video-bombing John Barnes and everyone else

3.  Back Home. World Cup 1970. (England Squad). Musically, to me, a sometime student of 60s British films, this is the spiritual twin of ‘Getta Bloomin’ Move On! (The Self Preservation Society)’ From The Italian Job. This, of course, is partly because of the ‘gang’ vocals. On Self Preservation (surprisingly produced by Quincy Jones) it is Michael Caine and cast who do the chant-like team singalong. On Back Home, it is, of course, the England Squad doing their very best to pitch their voices high on the record which got to number 1 in the charts. Sadly, they didn’t get quite so high on the pitch, for the record losing to West Germany in the quarters ). Grrr. At least it wasn’t penalties

4.  World at your Feet (World Cup 2006 (Embrace) World, feet… it’s a familiar image in football songs for obvious reasons. This is a proper song, proper band, proper emotions and I LOVE it.

7.  We’re On The Ball  World Cup 2002 (Ant and Dec)  The cheeky Newcastle bromance continued with this repetitive but catchy turn from the now TV giants Ant and Dec (once  PJ and Duncan)  A Swedish chap call Sven Erickson managed England for some reason and Brasil beat us 2 -1 in the quarters

8.  All the Way Euro 1988. (England Squad and SAW) I know it’s not World Cup but I had to include it) England Football Team & Stock Aitken Waterman – cheese on toast but for a young gal growing up in the eighties, it’s an irresistible mixture of the England Footballers and the Hit Factory. Did we go all the way? We should be so lucky.

9.     Acapella Army (World On Fire) World Cup 2018 (Acapella Army) Little known track by a relatively unknown trio of writer musicians, this owes a debt to Three Lions and its gentle use of WW one and two imagery and catchy chorus plus an appeal to forget 1966 and get on with it are endearing and it was written by friends of mine so I like it, so there. It’s on Soundcloud if you want to hear it.

10.   We’ve Got the Whole World at Our Feet  World Cup 1988 (The England Squad) Another team-sung song, rather old-fashioned for 1986 and using the tune of We’ve got The Whole World in Our Hands.’ Cute!

And that’s it. BIG luck to England playing Sweden on Saturday and don’t forget. Get out of the house, mow your lawn, water your plants, trim those hedges and strim those weeds and enjoy your gardens  (as Drew would say).

And if you need any new garden machinery for the summer or any other time you know where to go – MowDirect.co.uk for the best prices, the best deals and the best choice on the internet.

‘As in the past, MowDirect offers a first class service. Quick delivery and the best quality goods, what more can you ask for?’ G. Hobbs TRUSTPILOT (June 2018)