The new Spring edition of Living Woods Magazine, contains a very special section for us! Arborist expert and LWM writer, Rich Hare writes a chainsaw review on our very own Feider Chainsaw - Pro 45. Living Woods Magazine is a quarterly magazine for everyone who loves woodlands, trees and timber. You can subcribe for free…Continued
June 28, 2018 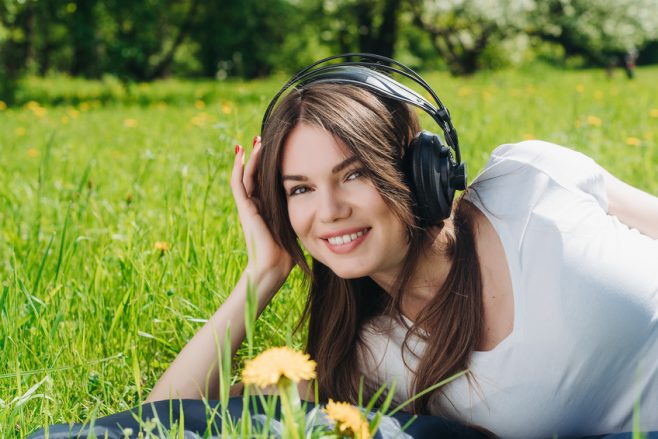 Honestly,  If I see one more blog from my colleague and sometime mentor Mr Drew Hardy that references a certain song featuring the sun wearing headgear, I am going to scream like a Cure fan who accidentally bought a ticket for Justin Beiber. I’m fairly sure, as a slightly younger person, that no one knows that song anymore. And anyway, we all know it’s sunny. We can see it out of our windows and feel it scorching our shoulders and see it melting our foolishly placed pats of butter on the kitchen table.

So. What’s to do? Apart from a lot of helpful watering if you have plants and crops sweltering out there in your gardens and allotments, and, as Drew quite rightly mentions, making sure you drink lots of water? What stimulus is going to help you cope with the sweat running down your wellies and the smell of slightly out of date suncream filling your nostril as you attempt to garden in conditions that make Lawrence of Arabia look like Ice Station Zebra?

For me it is music. Whatever issues I might have with the sun or the heat or the bothersome flying things that plague my bijou little town garden, the one thing that is guaranteed to cheer me along and get me going (apart from the promise of a cold prosecco afterwards) is music.

So here, for your delectation and delight (I hope) are my top five super sizzling summer scorchers (yes, I know, someone left a copy of the Sun on the bus yesterday and, for a giddy moment, I glanced at it (‘Don’t be a snob Holly’ – Ed.)

1) Mr Blue Sky: Electric Light Orchestra. Yes. It may say by Electric Light Orchestra on the label, but we all know that 80% of this sunny, swingin’ super poptastic piece of audio sunshine is down to Mr Jeff Lynne. Written in a chalet in Switzerland (so rock ‘n’ roll) and released in 1977 as a single from the double album ‘Out of the Blue’ it peaked at number 6 in the British charts but is still a humongous hit to this day featuring at weddings, parties and still played on the radio. Claimed by many people to help them out of depression and miserable times in their lives, there is no doubt this has feelgood engraved into its vinyl grooves and one of the most iconic uses of the robot voice of the vocoder ever! Event he bit at the end where it says ‘Please turn me over’ which no one under a certain age understands as it refers to turning over the record, being the last track on the side. Hooray for this song.

2) Girls In Their Summer Clothes: Bruce Springsteen. Somehow channelling an ‘Are you Going to San Francisco?’ or Beach Boys vibe without really trying or being too obvious, this slice of melodic, emotional yet cool breezy Americana from THE BOSS paints a picture of smalltown America on a sunny evening. A man goes out for the evening,  times have been hard but he’s going to paint the town red. Later, you discover his wife has left him. I know it sounds gloomy and this melancholic touch, featuring Bruce’s usual way of reminding you how tough and ordinary, blue-collar life can be, almost excludes it from being a good summer song but it’s so delightfully catchy it had to go in my top five. Also, it reminds me to get out my summer clothes or buy some more so that’s good.

3) Here Comes The Sun: The Beatles. It’s George Harrison singin’ and playin’. It’s happy. It’s tuneful. It’s about the sun. Do I need to say more?

4) Surfin’ USA: The Beach Boys. The Beach boys probably epitomise summery music in a way no-one else can unless they were called The Summer Holidays,, The Scorchers or The Sunburnt Brits In Fuengirola. Lively, deceptively simple musically and featuring very high voices, it’s a gem of summer music very much aimed at the young.

5) DJ Jazzy Jeff & The Fresh Prince: Summertime. As cool as a whole truck of cucumbers and as hot as Katy Perry’s gym socks, this mellow and ‘smooth groovin’ track borrows a major sample from Kool and the Gang’s Summer Madness. It’s a classic chunk of sexy, soft hip-hop from the early nineties (1991 to be exact0 a time of a major uptake of dance music and when ‘chillin’ was a very large part of the general mood. Again, the American open-topped car cruising slowly down the boulevard full of buffed young blades and ladies shouting  ‘who’s riding shotgun’ culture is a big part of this track. Classic.

And that’s it. I could have given you more, as there are so many, but I think it’s important you come up with your own summer top five. Why not post them on our Facebook page.    See ya.    Holly.