The new Spring edition of Living Woods Magazine, contains a very special section for us! Arborist expert and LWM writer, Rich Hare writes a chainsaw review on our very own Feider Chainsaw - Pro 45. Living Woods Magazine is a quarterly magazine for everyone who loves woodlands, trees and timber. You can subcribe for free…Continued
June 14, 2018 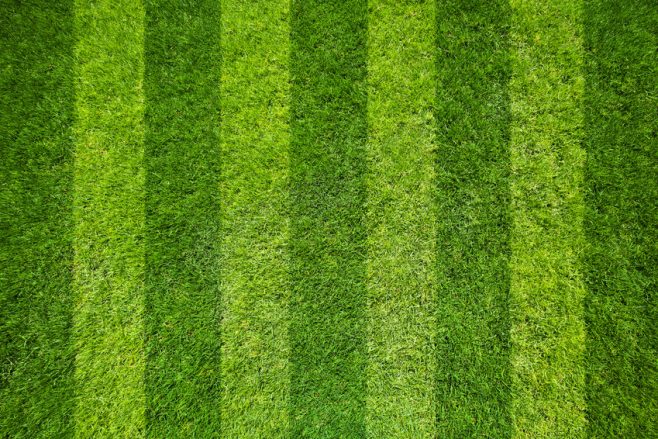 I have to admit to being a little surprised by the lack of ‘stripe’ talk going on in these revered (yeah) blog pages recently. Normally you can’t move for blogs by Drew or Dick droning on about how to stripe your lawn, what equipment you need and how striped lawns are just an optical illusion caused by the light hitting either the thin pointy bit when the blades are facing in your direction or the broad bit when they are bent away. Still awake? Didn’t think so.

Not that I am averse to a stripe or two.  I have many chums who live out in the country, a few in the sort of dwellings that would make The Crawley family in Downton Abbey feel inferior and a great many of these chaps and gels have stripes on their lawns.

In fact my very good chum Roddy Archington – a tremendous and generous friend who sounds not so much as though he has a plum in his mouth, as a whole bunch of grapes – has a stripy croquet lawn and a full sized cricket pitch on his estate and we do all pop own occasionally for a weekend of revels and to watch slightly unfit older men and keen thirty-year-olds knocking leather balls around and trying hard to be Joe Root or Ben Foakes but looking more like Norman Wisdom.

Anyhow. The point is it is the time of year when lawn enthusiasts fetch out their classic cylinder mowers and run across their laws creating sharp, smart stripes that are the envy of their neighbours… unless that is their neighbours also own an Allett Mower… but that’s neither here nor there.

So, to get to my point (Please do!  Ed) I am going to celebrate the delayed but welcome arrival of some warm and clement weather and the arrival of the perfectly striped lawn with a short list of my own favourite stripy things.

Some might say this is a frivolous and trivial way to use up my weekly allotment of blog time and to those people, I say…absolutely, haven’t you read my stuff before?

And that’s what I call the end. Hope your early summer/late spring is going well and don’t forget to visit MowDirect   if you need any good quality, great value garden machinery, especially if you want to put stripes on your lawn. and if you need more advice on the many ways to achieve striping, why not have a look on our knowledge base MowHow