The new Spring edition of Living Woods Magazine, contains a very special section for us! Arborist expert and LWM writer, Rich Hare writes a chainsaw review on our very own Feider Chainsaw - Pro 45. Living Woods Magazine is a quarterly magazine for everyone who loves woodlands, trees and timber. You can subcribe for free…Continued
March 8, 2018 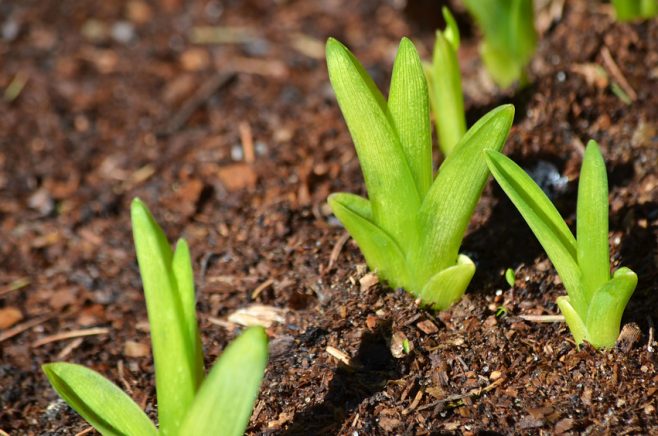 Spring is coming. Hmmm. Spring. Spring. Odd word, the word spring. It’s kind of bouncy, isn’t it? I mean, not to be obvious or anything, but it’s a coiled up parcel of energy that jumps about when it’s under pressure and then released (like a metallic Anton Du Beck).

The word spring, meaning the season, is thought to date back to the 16th century. Before that it was, apparently called springing time or, Maytime, Eastertide, springtime and even Lent. In Elizabethan times, some called it greeny-growy-boingy-time, but they were usually diagnosed with a surfeit of something or other and confined to their chambers.

The ‘spring’ element is probably a simple link to plants ‘springing’ from the ground or even lambs springing in the fields (although I can’t think about that without seeing a mental image of Sean the Sheep for some reason.)

And the word season, in the context of breaking up the year into quarters, comes from archaic French, ‘seison’ and this is, of course from the Latin, (what else?) satio, sationem, basically meaning sowing or planting.

And what does spring, this most joyful and hopeful of seasons mean to us? To many, the words spring fairly zings with hope. To many, it means rejuvenation, new life, rebirth, renewal and resurrection. But then again to some, it just means cheap bunches of daffs from Lidl and the promise of a Cadbury’s creme egg in a few weeks.

Cynicism aside, spring is, of course, the beginning of the growing season, the start of the process of creating life, whether it be shoots of grass or lambs, it is almost universally acknowledged as the time when thoughts turn to regrowth.

In the northern hemisphere, spring officially starts around 19th to the 21st of March and in the southern, it runs from August to November.

All animals in spring start to get, shall we say, frisky? Birds, recognising that the days are becoming longer and lighter, start to look for a mate, which they do by singing special songs to them.

This is possibly also the reason why, in pubs up and down the country, brightly attired young ladies and gentlemen scramble up to the karaoke machine and sing ever-so-slightly slurry versions of ‘Sweet Caroline’ and ‘Flashdance – What a Feeling’ before flirting over a kebab.

Spring flowers are amongst the prettiest and the most delicately scented blooms that grow. They include snowdrops, daffodils, crocuses and tulips and they are my favourite flowers ever. No hint Greg, just saying!

Spring, in Greek mythology, is linked to the return from Hades, the underworld, of Persephone, daughter of Demeter, the goddess of plants and fertility. When Persephone was in the underworld, nothing was allowed to grow and everything was grey, lifeless and sad, like being on the central line in the morning.

And on a personal MowDirectish level, spring is abso-blooming-lutely the time to get your garden sorted. You will find lots of information on MowHow, our knowledge base, on how to prepare for the coming season. Here, for example, is a simple list of ideas for gardening jobs in March.

You can also get out (don’t forget to warm up first) get out and tidy those borders, clear up that debris, clean up that greenhouse, get that mower out and give it a once over,

Then there’s cultivating your soil to think about, not to mention spring cleaning your patio or decking ready for the outdoor barbecue and garden do season

And to be honest, by the time you have finished all that you’ll be exhausted but happy, like a toddler after a day in the park.

So. If you need some spring advice on what you need for your garden, be it a new quiet and powerful cordless mower or a fabulous five-star petrol powered front tine tiller, perhaps a very good quality, amazing value and popular scarifier to prep your lawn, whatever you need, just take a look at our product pages

‘Excellent Service and Advice. I was about to complete an order online for a new petrol mower, but decided to phone and seek some advice before committing. I was given what I considered an impartial and honest assessment of the machinery choices I was contemplating, and this was confirmed when my new mower arrived. I was able to place my order over the phone on the same call, which saved me time. The machine has proved to be all as described, performs brilliantly and I am very pleased with both the service and the advice given.’ Steve B. (TRUSTPILOT)