The new Spring edition of Living Woods Magazine, contains a very special section for us! Arborist expert and LWM writer, Rich Hare writes a chainsaw review on our very own Feider Chainsaw - Pro 45. Living Woods Magazine is a quarterly magazine for everyone who loves woodlands, trees and timber. You can subcribe for free…Continued
June 7, 2016 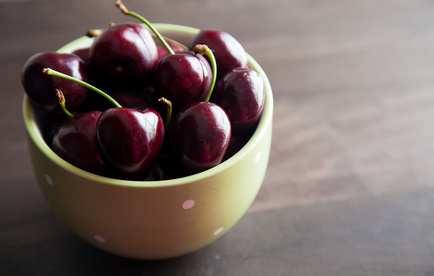 Gosh. I don’t believe it. The sun has finally found his hat after a long and soggy search all through May, and placed it tentatively on its head. I am sitting looking at blue skies and light and smiling people in sunglasses, sundresses and shirt-sleeves are passing by rather than miserable bods in fleeces, umbrellas  and raincoats.

So. “What’s happening in your garden, Holly?” I hear you ask, in a casual manner,  although you’re probably more interested in what I did at the weekend. Well, as you know, I am not the best horticulturalist in the country and I bow in grace and awe to real experts like Dick, Drew and my grubby-but-handy, weather beaten gardening friend Brody, but I do know that it is time to pick flowers like sweet peas so we get more, get my hanging baskets out, trim my borders and start pruning cherry trees and plum trees, thinning overpacked branches to allow more fruit to grow.

I know this because I have my own small but perfectly formed cherry tree. Not that I did any of the gardening, As usual I left it to Brody. He’s well equipped for the job and used his nifty little low vibration Einhell brushcutter to neaten up my lawn edges. Like the one pictured on the left. And of course he also did my pruning.

The perfect tool for pruning the higher branches is a telescopic or long reach pruner, such as the one that aforesaid Brody snipped at my little cherry tree with on Saturday. There’s a good selection here at super prices and all with FREE delivery to the United Kingdom mainland. Like the one in the picture. Cordless and lightweight and an amazing price… oh and you get a hedgetrimmer & battery thrown in. WOW!

I absolutely love cherries, and I am rather partial to dropping them into a glass of bubbly as an alternative to the ubiquitous strawberry. (although I love them too) You have to puncture them slightly with a cocktail stick, and that lets the flavour out. Yum.

My Mother used to like an old singer called Rudy Vallee who sang about life being like a bowl of cherries and it not necessarily being a good thing. Nice song, but I don’t get the analogy. If my life were bowl of cherries I would be delighted, whereas my life is frequently more like a bowl of muesli with not quite enough sultanas and some bran flakes that have seen better days.

However, while Brody was whittling at my branches, I was at our local tennis club enjoying some afternoon tea (well, afternoon prosecco) and partaking in a spot of French Open final watching. Bad luck Andy, well done Novak (grrr). It was nice to see the courts actually looking dry for once. They have been more like water polo pitches for most of the tournament. Still, at least they didn’t need watering this year… although the amount these tennis pros cry these days, win or lose (or ‘wife’s had a baby’) I’m surprised they ever need watering.

Andy gave it his best shot I think, but it seemed to me that Novak really wanted that trophy and Andy was a bit ‘meh’ about it. Even so, the assembled folk at the club  got a disgruntled up with Andy crumbling from set two onwards and unrest began to creep in.

This culminated in the young son of some-one or other, getting very miffed and possibly bored towards the end of the third set suddenly blowing an absolutely huge raspberry at the screen. Unfortunately he was standing next to Mrs Harriet Quimby-Bartrum, (yes really), the club secretary; who was in the process of putting down a tray of freshly baked tarts on the table as part of tea.

Harriet could hold her own with Mary Berry, on the delicious baking and the ‘plum in the mouth’ stakes, but sadly on this occasion we would never know how delicious the tarts were as, on suddenly receiving a huge, wet raspberry noise in her ear, she stumbled and threw her arms up and the tarts flew through the air and decorated the shirt front and old school tie of our club chairman Biffy Pickett. Such a row broke out I missed most of the set and by the time the dust had truly settled Andy was pretty much basted and served up on a plate. Ho hum.

Anyhow. That was my weekend.  I know. I am a bit meandering today. No real punchline, no real point (although I really do urge you to try that pruner)  It’s been that sort of week. What I will say is, if you get a chance, take a look at Dick’s blog from yesterday, he’s had a jolly good look at some Oleo-Mac lawn tractors that deserve a second glance.   See ya. Holly