The new Spring edition of Living Woods Magazine, contains a very special section for us! Arborist expert and LWM writer, Rich Hare writes a chainsaw review on our very own Feider Chainsaw - Pro 45. Living Woods Magazine is a quarterly magazine for everyone who loves woodlands, trees and timber. You can subcribe for free…Continued
April 7, 2016 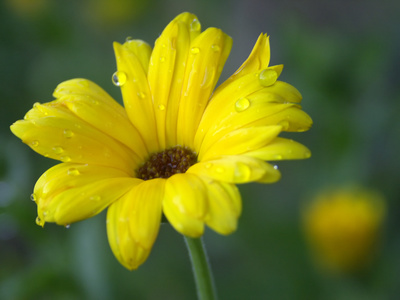 So. As Holly pointed out in her usual ascerbic manner on Tuesday, we are now in Spring. This must be true because it’s raining and still a bit chilly. Oh, and there are showers. The famous April showers. At least that is normal. ‘April showers bring May flowers’ as the saying goes. Well good. I like flowers.

And talking of flowers, have you seen the price of daffodils lately? Daffodils, as they tend do at this time of year, are popping up everywhere. And when I say everywhere I mean ‘down the shops’. Tesco, Sainsbury’s, Budgens, M&S, garage forecourts et al.

Daffs are, let’s face it, easy-to-grow, pretty, yellow hued flowers that grow in abundance all over the shop (and by all over the shop this time I don’t mean the shop). I mean fields, gardens, parks and I even include grubby grass slopes at the side of ring-roads and motorways with grey grass and sickly trees hung with plastic carrier bags and the occasional bit of oddly lost clothing. However, despite the fizzy drinks cans and general detritus, these places are never low on daffodils. You’d be amazed where daffodils will grow…

So, since they are so common and plentiful, why is it that daffodils suddenly become as valuable as saffron at this time of year? Yes I know saffron comes from crocuses and it’s really more expensive than gold and all that ‘ready to be challenged by QI’ stuff,  but Daffs are supposed to be common; the ‘Ordinary Joe’ of the flower world, the friendly, working-man’s bloom, cheap and cheerful. I saw a bunch recently in a local shop price tagged at more than… well I won’t tell but suffice to say I could have had a pint and a half of ‘Scuppers Old Forgettable Ale’ for that price. Why would I pay a king’s ransom for daffodils when I can hop over into my neighbours garden and steal a bunch for nothing! Or pick them from a roundabout? Or the local hospital grounds?

Not that I would, but it makes me mad that tulips. daffodils, spring flowers generally become a commodity that becomes price-hiked at any time the market fancies. For example, the cost of daffodils went up by 50 per cent the week before Mother’s Day. Cynical? I think so.

It’s not just spring flowers. It’s all flowers. It makes me mad. It makes me want to run into a florist, a corner-shop, or any one of the afore-mentioned supermarkets and beat the assistants around the head with my bunch of platinum priced roses in a style akin to Basil Fawlty’s famous assault on his car with a large piece of tree branch.

I have nothing against people making a profit. I admit that I don’t necessarily like cut flowers as I, like many gardeners, think they look better in situ, growing in the garden or decorating the woods, but I do understand that a bunch of flowers can be a lovely gift to a friend, a prelude to a first date, a sorry to a colleague or a birthday present to a loved one. And I understand that where there is a market, there will be a supplier. I just think they are over priced. So, my advice ultimately is try growing some of your own and cut out the middle man.

April is the time for planting hardy annual flowers try Sunflowers (in your greenhouse in pots or in borders) Wildflowers, Pot Marigolds, annual chrysanthemums and night-scented stocks, ‘cos you can bet, once they come out they’ll be pricy in the shops. And, let’s face it, if you get them in soon, they’ll get plenty of water, it’s April!  Bring on those showers.    Enjoy your garden.   Drew Hardy