The new Spring edition of Living Woods Magazine, contains a very special section for us! Arborist expert and LWM writer, Rich Hare writes a chainsaw review on our very own Feider Chainsaw - Pro 45. Living Woods Magazine is a quarterly magazine for everyone who loves woodlands, trees and timber. You can subcribe for free…Continued
November 12, 2014 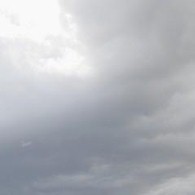 The weather has certainly taken a turn for the worse this month, with regular downpours and colder conditions occurring since the start of November.

Some rain was welcome after the prolonged dry spell, but too much of it could stop you getting out into the garden. Is it likely to continue, or will we get the chance to put away the wellies and enjoy some late autumn sunshine?

Unfortunately, it looks like the wet weather is here to stay – for the time being, at least. According to the latest BBC forecast, spells of rain are set to arrive from the west due to an area of low pressure sitting above the Atlantic.

Frontal systems associated with the pressure system will bring showers or more prolonged spells of rain to our shores. This will mainly affect western parts of England, Wales and Scotland, with gales also likely to become a feature of our weather.

Fortunately for gardeners, frosty spells are unlikely to affect the UK, with temperatures tending to be average or above average for the time of year. Sunshine levels are likely to be below average and confined to bright interludes between the rain.

The wet conditions are forecast to continue during the second part of the month, with an area of low pressure sitting to the south-west of the UK. As a result, rainfall levels will be above the seasonal average in central and southern areas.

On a brighter note, sunny spells are expected to become more common later in the month – but this will increase the chance of the occasional frost during drier nights.

Mild and unsettled weather is forecast to remain in control towards the end of the month, with temperatures declining as the nights draw in. They will, however, be in line with late November/early December figures and there are as yet no signs of particularly cold spells.