The new Spring edition of Living Woods Magazine, contains a very special section for us! Arborist expert and LWM writer, Rich Hare writes a chainsaw review on our very own Feider Chainsaw - Pro 45. Living Woods Magazine is a quarterly magazine for everyone who loves woodlands, trees and timber. You can subcribe for free…Continued
May 1, 2012 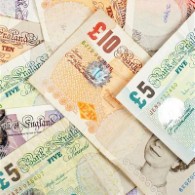 With the price of fuel going through the roof and food shopping starting to break the bank, you'd be forgiven for thinking that garden tools were getting more expensive as well – but it's just not the case.

New research has shown that, unlike practically every other pastime that people enjoy, the cost of gardening is not going up so rapidly.

In its latest investigation into the cost of living, Halifax found that the cost of watching the footy has leapt by 184 per cent since 2002, while the amount people have to spend to eat out has risen by 42 per cent.

Even going to the cinema has got one-and-a-half times more expensive since 2002!

Gardening, however, has witnessed a much more meagre increase of just 17 per cent. In fact, the cost of gardening has stayed below the rise in inflation meaning in many ways it is cheaper than it once was.

The good value of gardening could encourage more people to start growing their own fruit and veg – which could even help counter the costs associated with eating in, which have risen by a whopping 36 per cent.

Martin Ellis, economist at Halifax, which commissioned the study, said: "There has been a significant rise in the cost of pursing some of the most popular hobbies and days out in the UK over the past decade.

"Rising transport costs have been a clear driver behind this, although all expenditure categories, apart from gardening, have seen a greater increase than that of inflation."

The Hampton Court Palace Flower Show hosted by the Royal Horticultural Society, not known for its austerity, showed that money-saving gardening tips were at the forefront of many green-fingered fanatics' minds, by announcing it was to introduce a Low Cost, High Impact Gardens stand, which could be one of the event's most popular.