As the UK's leading garden machinery store, we are constantly expanding our range of goods with new, innovative and exciting products to take advantage of new technologies and engineering developments. Just as plant breeders come up with new varieties each year and expand their offerings so machinery companies develop and refine their lists, so here…Continued
June 22, 2017 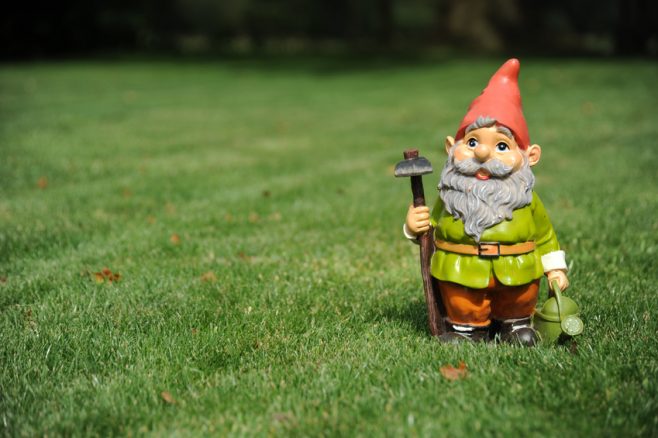 Hello. Yes. It’s me. Holly. On a Thursday. Drew snaffled my spot on Tuesday to write about our tip-top competition winner Ali Fanstone and her new Redback mower. Jolly good.

However, that means you have to ready my crazed scribblings on a Thursday. I know!

So. Even a townie like me knows we are properly into mowing season by now. The grass is growing, albeit it is also being frazzled by the Hades standard temperatures, and the mowers have been out in force. So. I thought I would celebrate all things grass cutty by compiling a little list of factettes and oddities about mowing and lawn mowers.

Here goes campers. From the strange but true to the banal but true,  here is my list of Summer Grass/Mowing?Garden Snippets.

1/ The Devil Rides On. (The Mowing Devil Of Hartfordshire – original spelling)

Somewhere in the late 1600s, long before farm subsidies, motorised mowing or Countryfile, farmers would often pay itinerant labourers to mow or crop their land for them. An odd woodcut pamphlet published in 1678, according to my Wiki friend, features the story of one farmer who is very disgruntled by the amount some labourer wants to charge to mow his field (typical of all the professional gardeners I know, my friend Brody’s prices have gone up like a CEO’s bonus this year) So miffed in fact that he swears he would rather let the Devil mow the grass. This is 1678…that is not a wise thing to say, anyway, the story tells us that that night his field appeared to be on fire but, in fact, the next day it seemed to have been perfectly cut, with neat stripes and a gazebo erected in the middle – no I made that bit up.

I have a funny feeling this might be a bit of a rural myth. Angry, penny-piching farmer sets fire to field of oats he can’t harvest, claims the insurance and starts crop-circle fad? I think so.

Whether we mow it, kick a ball across it, roll on it or keep on it when we are supposed to keep off it,  grass is there in the background of our lives. We use it in phrases (the grass is always greener on the other side) we drink it (beer) eat it (bread) and watch countless hours of football played on it by overpaid tattooed haircuts with Ferraris. Oh. But, though we generally just say ‘grass’, did you know there are actually over 11,000 types of grass across the globe? According to Kew’s Grassbase. 11,000! Gosh.

I am told the most expensive lawn in the world is made of rye-grass and is the centre court at Wimbledon. Really? They haven’t seen my neighbours lawn. He’s an investment banker and it’s made of gold.

Ignore the ‘night’ bit, clearly just a cheap joke,  but did you know that in sunny Southport in Merseyside lives the delightful and classically eccentric British Lawnmower Museum (it’s true and it’s glorious). It includes such wonderful themed exhibits as Lawnmowers Of The Rich And Famous. Examples include… and this is on the front page…Hilda Ogden’s Qualcast Panther. Other lawnmower exhibits come from such luminaries as Joe Pasquale (I know a mower that’ll get on your nerves?) Nicholas Parsons and Vanessa Feltz.

Joking aside, they even have lawnmowers donated by Prince Charles and Princess Diana. I can imagine them cutting the lawn together in the eighties like Arthur and Guinevere in Camelot singing “What would the simple folk do?”. They also have some seriously cool historic exhibits, a horse-drawn lawnmower from 1890, the first electric lawnmower and a car, the ATCO Safety Training Car, which was built around a 1939 ATCO lawnmower with the cutters removed, and was designed to help teach people to drive. Worth a trip I’d say.

4/ There’s No Place Like Gno.. (you know where I’m going with this)

Who’s that sitting in the middle of your lawn, looking a little red in the face, smoking a pipe and wearing a strange and disreputable hat..is it your father back from a Dad’s’ night out? No, it’s your common or garden Gnome of course. No suburban garden from a fairly successful sitcom set in middle England would be complete with a Garden Gnome episode. Is it going on its travels? Is it making rude gestures at the neighbours? Is it going to end up in Victor Meldrew’s bed? Who knows?

What you might also not know is that the origin of Garden Gnomes probably dates back to small statues of the fertility and garden god Priapus  in Roman gardens. Gnomes, as they are now, became hugely popular in Germany in the nineteenth century, found their way over here and became popular. Even more interesting, if not bizarre, is the fact that in the 1930s, when Disney’s ‘Snow White and the Seven Dwarves’ was released, the most notable manufacturer of Garden Gnomes was ex PM John Major’s father. Bonkers.

There are a few things I’m not at all keen on. Flies, rats, merlot, politicians,  but I don’t think any of them amount to an actual phobia. We all know the famous ones Arachnaphobia (the fear of quirky 90s comedy-horror movies)  Claustrophobia (the fear of Christmas) there is apparently even Phobophobia. The intense fear of developing a phobia.

However, this one is a real oddity. Rasemaphobia is, apparently, fear of lawnmowers and according to wiki.phobia some people out there have got it.  I don’t know how such a thing would develop, were you chased by one at a young age? Did a rogue lawnmower go for you in your grandparents’ garden? Either way it’s not going to get that back lawn cut is it? So, like the Hartfordshire farmer, just hire someone (reasonably priced0 else to do it for you while you sit back with a glass of something and there will be nothing to fear. Works for me.

And that’s it for this week. Don’t forget that MowDirect is the largest supplier of ride-on mowers in the country and the leading lawn mower supplier with a wide range of mowers to suit all. We have special offers on right now and ALL machines come with FREE delivery tom the UK mainland and the best service you can get…

“Great Product and Amazing Service! The customer service we received from MowDirect was exceptional and we cannot recommend them enough.” Elaine

Just give our in-the-know product advisers a call on 0345 4588 905 and let them guide you, with impartial advice and a friendly voice, to find the right machine for your needs.