As the UK's leading garden machinery store, we are constantly expanding our range of goods with new, innovative and exciting products to take advantage of new technologies and engineering developments. Just as plant breeders come up with new varieties each year and expand their offerings so machinery companies develop and refine their lists, so here…Continued
April 4, 2017 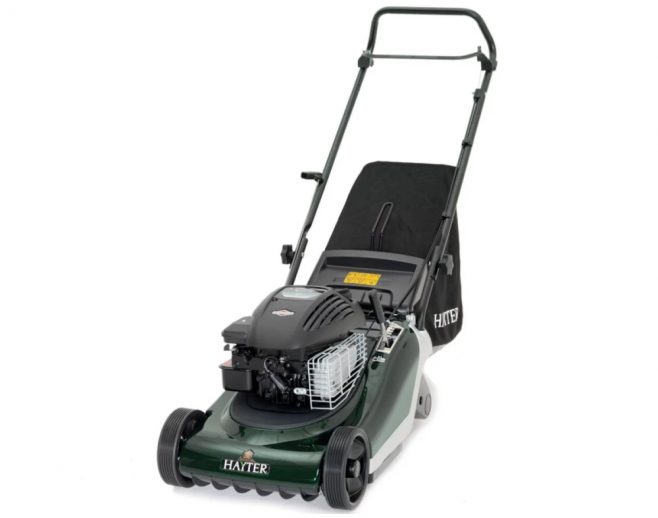 You may have noticed that our current competition on Facebook is called ‘Show Us Your Stripes’ and we are asking for you to take a photograph of stripes. Not just stripy lawns but ANY stripes. Sergeant stripes, tiger stripes, pyjama stripes even the ones you got from sunbathing with your top off in front of the fence when you were a character in the Beano magazine ( I do have parents you know).

The prize is a Hayter Harrier Push Petrol Rear Roller Mower, which is pretty cool and all you have to do is go onto our facebook page and post a photo (MUST be your own work – no re-posting please) of stripes, lawns, shirts, anything.

As you probably know stripes are so in this year, they are practically hanging out at Pippa Middleton’s house, wearing cone heel shoes and leggings under their dresses eating nothing but steamed bao buns with a cocktail in their hands. They are BIG in fashion and also BIG in lawns.

Lawn people love stripes, they look smart and they suggest that you made an effort, rather than staggering over the lawn as fast as you could before the football started.

Stripes may also remind you of your favourite  sports ground and personally they remind me of long hot summers of my youth playing lawn tennis on the grass court at my friend B’s house, occasionally getting the ball back over the net but more often smacking it into the kitchen garden, damaging B’d Father’s cold frames and then blaming it on B’s younger brother.  Ah. happy days.

So in praise of stripes, since we are trying to encourage and support both the photos and lawn stripes in general,  here are a few other kinds of stripes to inspire you.

Zebra. We all love zebras (though maybe not as much as lions do). As you can see, this chap on the left, Sid, is one of the only surviving members of a tribe of very rare punk zebras who escaped from London Zoo in the late seventies. Interesting fact about zebras is that every single zebra has an individual pattern of stripes. No two are the same. Go on Sid, you are a true individual.

My Pyjamas. Not for me the over-complicated silk frippery of a sweet and sultry neglige or the spark inducing man-made terror of a nylon nightie. No, I am a true follower of J.M. Barrie’s Darling boys, Tom in his Midnight Garden, Johnny Fingers from the Boomtown Rats and the boy walking in the air catching his death of cold. I love my stripies. And here I am, pictured sleeping peacefully, presumably dreaming of a free all-expenses paid trip to Paris fashion week with a pass to all the catwalk shows and a bottomless glass of the bubbly nectar. Ahhhh.

Badger. Known for being quite tough and reclusive, Mr Brock the badger here has clearly taken time off from waving a cudgel around and beating up weasels and stoats with his other gentle little friends Toad, Ratty and Moley, as here we see the delightful stripy nosed creature stooping to take a well-earned drink. Interestingly, Badger was in fact attacking his own family at Toad hall when he charged snarling into the fray as he actually belongs to the same family (Mustelidae) as otters, ferret, polecats, weasels and wolverine (not that one).  Whatever, I saw one once and it was totally thrilling. I love badgers almost as much as Ron Liddle.

Zebra Crossings. Bane of the angry and impatient motorist, natural habitat of the lollipop Lady or Gentleman and an iconic piece of street marking, the humble zebra crossing is a sign, a beacon to all that says pedestrians matter. Do you hear that Jeremy Clarkson? Pedestrians MATTER! Sorry.

Mind you. I don’t know if the council would ever approve an outfit like the one in the picture when hiring someone to install their next crossing. In those shoes? Health and safety anyone?

So. That’s it for this week. Just remember, to enter the competition. take a snap of your stripes, the best you can do, VISIT OUR FACEBOOK PAGE and post with a brief description. Good luck!    See ya.    Holly