As the UK's leading garden machinery store, we are constantly expanding our range of goods with new, innovative and exciting products to take advantage of new technologies and engineering developments. Just as plant breeders come up with new varieties each year and expand their offerings so machinery companies develop and refine their lists, so here…Continued
February 21, 2017 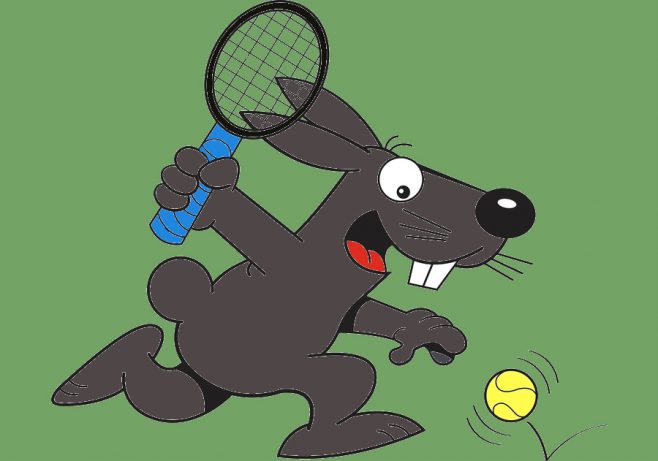 If you are an avid watcher of the noble and exciting sport of lawn tennis, as I am, and you love Wimbledon and every other lawn tennis tournament, and you can take your eyes off the athletic abilities and muscular thighs of Rafael Nadal, Novak Djokovic and Marin Čilić for a moment you will notice how beautiful, smooth, lush, green and clean the courts are that they play on.

Now I am no great shakes and I don’t think I would trouble Serena Williams or Johanna Konta and I’d undoubtedly even lose to Kelly Taylor, officially one of  the world’s worst players ever who didn’t win a game in her whole career! I can’t even make a noise with the same oomph as Ms Maria Sharapova, whose boar-like grunt is even more powerful than her double-grip backhand however, even I need a decent surface to play on if I am to perfect my inconsistant topspin forehand and consolidate my pretty sneaky little back-spin drop-shot. Even at my level, I certainly understand how much work and effort goes into creating and maintaining a beautiful court. It’s basically the highest quality lawn maintenance.

It is for this reason I recently shot off a letter to the Muckle-On-The-Wold Country Hotel and Spa where I recently spent a pleasant couple of days with my friend B and couple of sporty and pleasant chaps we know, Marcus and Bill.

This hotel has a tennis court. It is a grass court and the last time I stayed and played it was a delight, cropped short, well marked and in great condition. The balls whizzed off the sacred turf, the sun shone with all his skill, the game was followed by Pimms and a jolly supper and all was pretty much right with the old globe.

Not so this weekend. For some reason the groundsman had been let go since we last visited (some argument over his relationship with the sommelier, a rendezvous in the cellar and two missing bottles of vintage Montrachet) and subsequently the tennis court was, shall we say, not up to its usual standard.

In fact I would go so far as to say It was worse than my local municipal hard courts after a massive fall of leaves, a period

of neglect and a visit by the local dog walkers association… and that’s bad enough with its faint scent of poodle pee, last night’s kebabs and urban decay.

The surface of the grass court felt like a bouncy castle, which might seem fun but if you’re trying to return a serve from the likes of Big Marcus who hits every ball like it just scratched his vintage Aston Martin so it hits the surface at roughly the speed of an advisor leaving Donald Trump’s cabinet, and you have no idea where it’s going to go. This, as I learned from Drew’s recent blog, is caused by a massive build up of thatch in the turf. They could definitely do with the services of a good scarifier like the ever popular Einhell GC-SC 2240P Petrol Lawn Scarifier or one from our top ten list as offered by our good friend Dick

The lines were more faint than our chances of getting out of Brexit and led to some very strange line calls causing, despite the top sportsperson like demeanour of all involved, a few raised eyebrows, clenched fists and many silent mutterings.

Also, the grass had not been cut for simply eons. You should spend most of your time on a tennis court playing tennis, not hunting for the balls in the long grass. I’m sure I actually glimpsed a tiger at one point. Get a grip chaps. Follow the advice of Mr Dick Roberts and get yourselves a decent rear-roller lawn mower like the pictured Masport Olympic 660 Cylinder Mower. Added to that the net was more full of holes than Jimmy Carr’s tax return and so droopy in the middle the winners (Bill and I naturally) didn’t need to jump the net at the end, we just stepped over.

And finally. I have encountered all sorts of situations on a tennis court at the net, from accidentally hitting it after a long run from the back (you lose the point) to falling over it once during a furious volley exchange with my arch-rival Sonya at Uni, to stealing my first kiss on the courts with James Alexander during an inter-school tournament. What I never expected to have to deal with at the net was rabbit droppings!

I didn’t know rabbits played tennis but this lot had obviously been embarking on a major competition, or perhaps the rabbit equivalent of Glastonbury, and clearly forgotten to hire the portaloos. I’ve not seen so much poo since I accidentally went to see a modern art retrospective at the Tate Modern. Can I just say that rabbit poo on my Nike’s is not what I paid for in my an inclusive bed, breakfast and evening meal deal with use of tennis court and heated swimming pool? I’m a mild-mannered girl under normal circumstances but anyone who treats tennis courts with such contempt makes an enemy right here.

So clean up your act Muckle-On-The-Wold Country Hotel and Spa, scarify that grass, mow your court, get out your darning needles and fix that net and, for goodness sake, get rid of the rabbits. I can take the odd bad bounce and dubious line calls but stepping in rabbit poo in the middle of a 10 shot rally is just not on!    See ya.   Holly.