As the UK's leading garden machinery store, we are constantly expanding our range of goods with new, innovative and exciting products to take advantage of new technologies and engineering developments. Just as plant breeders come up with new varieties each year and expand their offerings so machinery companies develop and refine their lists, so here…Continued
November 10, 2016 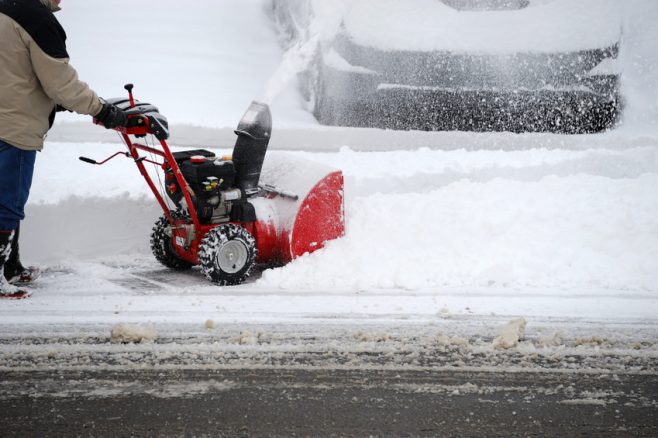 Yes. “Winter’s coming”. As Sean Bean is forever saying as ‘Lord Eddard Stark’ in Game of Thrones, in his gravel and honey Sheffield accent.  Of course that was before (SPOILER ALERT ) he got on the wrong side of the Tannisters and lost his head to King Joffrey.

However, back to reality. Winter. Is. Coming. The signs are all there. Colder winds, Christmas adverts on the TV and our very own prophet of the freeze, Dick Roberts blogging about Snow Blowers. He knows you know.

You should take a look at his blog from yesterday, dashed jolly good machine that Oleo-Mac Artik snow blower. Good price, good features (electric start? Oh yes, no more pulling starter cords with painfully frozen hands) and as rugged as George Clooney’s chin, a Yorkshire sheep farmer and a 1970’s Tonka toy rolled into one.

Italian made of course. And we’re not talking about the southern, sultry,  grape covered, summer sun Italy you probably have in your head. Winter in the Italian North, in the mountains for example, is tough and oleo-mac know what they are doing when it comes to snow management.

As Dick points out, the white stuff has already found its way onto higher ground in the UK with more to come and it’s time to think about being prepared.

So I thought that today, (when everyone except me seems to be talking about how a certain person whose name rhymes with Lump just got elected president) that I would just link up with Dick’s message from yesterday and offer a few reasons why you should think about investing in a snow blower.

If you live in a rural area, perhaps up north though not necessarily, somewhere like the place where I was brought up and eventually released on the world, there’s a fair chance that you have experienced serious snow. Not the stuff that lands in cities, wreaks havoc on the transport system (including, bizarrely the underground) swiftly turns to slush, and then becomes a distant memory. I’m talking real snow. The real thing people. Dropping faster than the Mexican peso, banked up like sand dunes against the hedges, stopping anything from getting down the roads, trapping people in their homes, abandoned cars in the lane, digging yourself out of the house.  That kind of snow.

To be honest, even a smaller fall of snow could cause you problems and stop you getting to work or shopping or whatever else you need to do. And the days of letting the weather switch off the UK are over. Everyone is trying harder to be prepared for the worst, as they do in Sweden, Austria, Canada etc. Admittedly, we don’t have that kind of snow for much of the year but tell that to the doctor who couldn’t get out to see his patients, the fire-fighter, the teacher, the…well anyone.

So a snow blower is not a bad idea. They work fast, they clear large volumes and they are easy to use. They could be any style from a smaller electric version -virtually a powered shovel…

…depending on your needs, but the bottom line is they are all designed for one purpose, to make things easier, more comfortable and safer when the white stuff hist the impeller. they come in a range of prices and mowDirect prides itself on having the best deals around, plus our free advice, guidance and service that our customers just love.

So do think about it and perhaps have a look at the full range we have on these pages. or you could call O845 4588 905 for impartial advice from one of our knowledgable and friendly team.

And don’t forget, even if it’s covered in snow you can still – enjoy your garden.  Drew Hardy.