As the UK's leading garden machinery store, we are constantly expanding our range of goods with new, innovative and exciting products to take advantage of new technologies and engineering developments. Just as plant breeders come up with new varieties each year and expand their offerings so machinery companies develop and refine their lists, so here…Continued
July 26, 2016 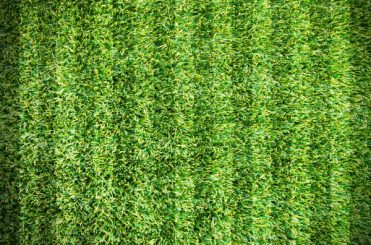 Anyone who read Dick’s blog yesterday will know how jolly important stripes are to many, many lawn enthusiasts in this country. I don’t know why, I mean they certainly look good and they certainly help those football chaps with the flags work out if some overpaid tattoo canvas in shorts is offside or not but why do we love them so much?

And when I say so much, I mean that there are so many mowers that can make stripes they must be very popular indeed.  Dick was highlighting those shiny, silver Lawnflite ones, which I must admit do look smart. Anyway, I am, in my usual meandering way, getting to a point. I just can’t quite remember what it is yet. This is partly the result of  the party weekend I just had, just me and some friends, celebrating the final arrival of the summer sizzle with a bumper beano in my little town garden with some lovely food, music and more bubbles than the whole series of Absolutely Fabulous.

Ah, yes, I remember. Stripes. It’s not just gardens where we like our stripes. I know when you look at my main picture it looks as though I am going to follow Dick’s illustrious footsteps (can footsteps be illustrious? ) and do a whole blog on stripy lawns. As if! No. To celebrate the super stripy summer lawns of Great Britain (it is a peculiarly British obsession like marmite and the Battle of Britain) I am going to find some other stripes we all love. Some are very British, some very international, but anyway, here is my guide to the top five..er…favourite stripy stuff.

So that’s it. Stripes are part of our lives. If you want the ultimate stripy lawn, look at our amazing selection of rear-roller mower deals, but in the meantime do check out Dick’s afore mentioned blog. You can see it and some other roller mower blogs here. And don’t forget to get out in the sun at some point. Well dressed and covered of course. See ya!    Holly/