As the UK's leading garden machinery store, we are constantly expanding our range of goods with new, innovative and exciting products to take advantage of new technologies and engineering developments. Just as plant breeders come up with new varieties each year and expand their offerings so machinery companies develop and refine their lists, so here…Continued
May 3, 2016 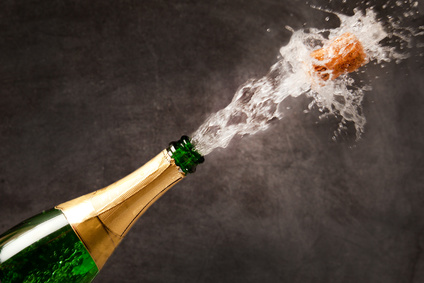 A case of bubbly. For writing a decent review? It’s money for old…er… reviews. I mean it’s a great competition, but trust Drew to enforce that old ‘you blog for the company you can’t enter’ battlecry (yawn). What’s a girl to do when there’s fizzy nectar on offer and she’s just maxed on the old drastic plastic fantastic?

Well. I guess the least I can do is encourage other people to enter our May competition to write a top product review. You really must try it. A well written review, with punctuation and proper words and everything is a beautiful thing and our customers are, generally, very good at it so I think we’ll see some fabulous writing over the next month. DO have a go, get your review published and perhaps spend the summer sipping free bubbles from a crystal slipper.

But, talking of reviews, what would other, well known writers, be giving us if they were writing reviews? Over the next few weeks I’ll be coming up with a few alternative review styles. Here’s a couple I made earlier.

“I say Piglet” said Pooh, with some difficulty as he was busy finishing off a particularly sticky mouthful of condensed milk. “What do you think of the MTX Mercury?”

“The Empty Hex Whatcury?” snuffled Piglet, who was having trouble breathing, due to struggling with a rather hot acorn that had gone down too quickly.

Piglet sniffed in a questioning kind of way. “Isn’t Mercury a planet? Like Mars? WOL told me it is and he’s ever so clever.”

“Yes he is” said Pooh thoughtfully. “But he’s not always right. He did tell us Leicester City had absolutely no chance of winning the premiership this season and look how that turned out.”

Piglet screwed his face up, as he did when he was thinking especially hard. “Well if the MTX Mercury is not a planet. What is it?”

“Hmm” said Pooh” thinking so hard he had to sit down and take the weight off his feet. “I rather think it is a Lawny Mooer”.

“Not a loony, a Lawny Mooer. It’s a kind of a type of a thing….er….” Pooh scratched his head and added after a long think “It’s a kind of a mechanical cow that eats the grass. It’s very good, very shiny and smart and you can buy it from MooDirect at a very good price”. And free delivery” he added, rather proud of himself.

“Wow Pooh” Piglet sighed, impressed and rather sad he hadn’t known this first “You know everything.” “Maybe” said Pooh uncertainly, “But it hurts my head sometimes. Now. Time for a little snackarel of something?”.

Ah. Good old Pooh. And in total contrast, and since it’s close to his 400th birthday, what about one form the Bard of Avon himself.

Oh what a noble beast is here for all.

The Mower of Venice? Planetary wonder?

Delivering the kindest cut of all

See how it glides across the greenest sward

Cutting the blades as keen as any dagger,

Depositing the grass behind with ease

A style the New World people call ‘a bagger’.

With free delivery and MD prices

You’ll get the best, and will avoid a crisis

So all that now remains is to ask why,

Yes. Thanks Will. An excerpt from his little known masterpiece ‘Much Ado About The Merry Wives of Henry The Eighth Part 1 (with Free Delivery)’

Anyway. keep up the good work people. Keep sending those clear, helpful and informative reviews. Click to find out more and win yourself a bottle of bubbly. Competition closes end of May. GOOD LUCK!