As the UK's leading garden machinery store, we are constantly expanding our range of goods with new, innovative and exciting products to take advantage of new technologies and engineering developments. Just as plant breeders come up with new varieties each year and expand their offerings so machinery companies develop and refine their lists, so here…Continued
February 2, 2016 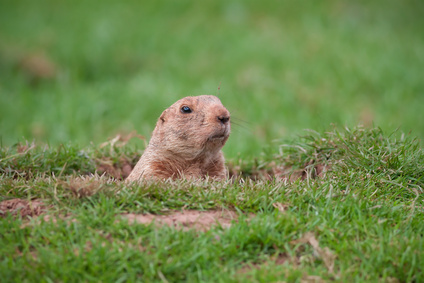 Don’t forget it’s Groundhog Day. But it comes with a touch of sadness. January hasn’t had a great start as far as this girl is concerned.  I’ve been deeply affected by the passing of Bowie and the sainted Sir Terry, (my mum’s favourite but as a dedicated Eurovision fan, mine too!) not to mention the wonderful Alan Rickman whose superb performance as the Sherriff of Nottingham contained more ham than Sainsbury’s Deli counter and, the lesser known maybe but wonderful, Frank Finlay, a fine actor and once a huge sex symbol for women of a certain age.

However, to me none of these is quite as sad as news of the death of Winnipeg Willow, one of the most well known groundhogs in Canada. I am a huge fan of Groundhogs and this news is deeply sad.

Willow was a staunch educationalist, touring local schools and continuing the noble Groundhogian skill of foretelling whether an early Spring would be imminent by wrinkling her nose if she saw her shadow. Years of training and whisker manipulation went into that. A local Groundhog Day celebration was cancelled as a mark of respect. RIP Willow.

Luckily, Punxsutawney Phil, the most famous groundhog of all, is still going strong. Ah. Groundhog Day. I love that movie.  Especially the cute little creature with the hamster cheeks and goofy teeth – or Andie Mcdowell as she is known to her many fans, and, of course, the great Bill Murray, who co-starred. If you’ve not seen it it is a total ‘escape’ of a movie, funny and romantic with a slightly dark centre… a bit like me.

The real Groundhog Day is TODAY people, and everyone in Gobblers Knob, (no really… it is real) in the borough of Punxsutawney, Pennsylvania is wondering if Phil will be seeing his shadow, wrinkling his nose and once and for all proving that virtually all meteorological prediction is, at it’s core, entertaining guesswork dressed up as science. You might as well stick your head out of the window, as a good chum of mine often says. But none of this weather related cynicism  stops Phil who, bearing in mind the movie was made in 1993, must be getting on a bit in Groundhog terms.

Ah me. Still. If Winter does continue, don’t forget that we need to be ready for Spring when it does arrive. So some things can be done in the garden even now. But remember, gently does it lovely people. GENTLY. Don’t rush into anything if, like me, you have spent a lot of the early New Year not doing much of anything. Putting your back out at this stage of the game is a real no-no.

But, you could tidy up your borders a bit, pull up and compost anything that didn’t make it through the Winter (which, let’s face it only just got remotely cold).

Cut down any branches that were damaged during the male-named storms (Barney? Really?) that seem to be have been hitting us once every couple of days with Winnie-The-Pooh like blustery days. Then cut those branches up and season them for firewood.

You could mulch your shrub roots with some compost and perhaps even very (VERY) lightly prod your lawn a bit to help any water drain away. Clean up any other debris, twigs etc that may have gathered on your poor lawn.

But most of all I say it’s time to have a real jaunt around your grounds, big or small, and plan for the coming season. See what’s left, think about what was successful and see if you have any new ideas. I personally intend to do a bit more this year. I want to see if I can spend more time trying to grow a few more edible things, vegetables, fruit and so on, and then spend even more time make them inedible with my cooking.

Anyway. Don’t forget it’s Groundhog Day …hang on. I think I wrote something similar earlier on… and last year come to think of it.  Now that’s spooky! See Ya. Holly.