As the UK's leading garden machinery store, we are constantly expanding our range of goods with new, innovative and exciting products to take advantage of new technologies and engineering developments. Just as plant breeders come up with new varieties each year and expand their offerings so machinery companies develop and refine their lists, so here…Continued
January 1, 2016 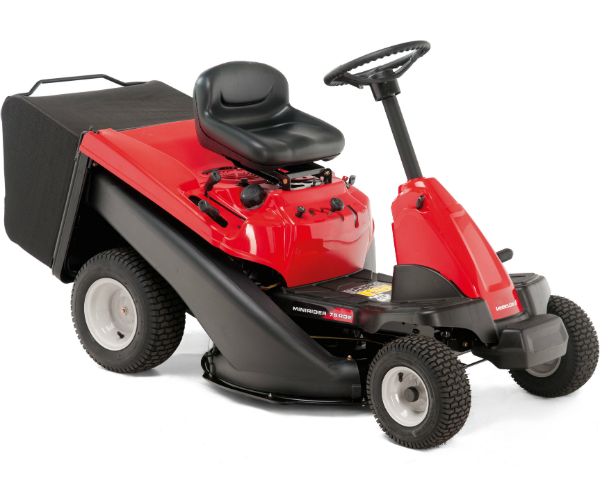 And there’s no time like the present to take advantage of great prices on garden machinery, especially as many manufacturers will be raising their prices later this year.

Remember we’re back to work on January 4 when we will process your orders and hope to get most of them out to you that day for delivery on January 5.

To kick off, how about this MD 4-Ton Electric Horizontal Log-Splitter.

This is a great little machine has been a best seller for some time as it is ideal for splitting the wood that’s come down in the recent gales.

The four tons of splitting pressure is generated by a 1500W electric motor. A hydraulic ram forces the wood against a splitting wedge – you can buy a four way splitting wedge for an extra £20 which will convert a log into smaller pieces that can be lit with a firelighter in the stove – so no need for kindling.

It deals with logs up to 25cm in diameter and 37cm long and is safe and simple to operate.

With its two transport wheels it can me moved with little effort.

We think this is the country’s best value log splitter.

Next comes a brush cutter from a leading German engineering company which has the sort of power often demanded by professional gardeners.

The Einhell GE-BC 43 AS Low-Vibration Brushcutter has a free safety kit supplied with it consisting of a face guard with visor and ear defenders and free work gloves, important when using one of these, as well as a free fuel mixing bottle.

A three-toothed metal blade will make light work of brambles and thicker weeds while a strimming head can deal with lawn edges.

But the really great thing about this machine is that vibration levels are kept low thanks to a triple rubber shock mount and double bearing crankshaft which makes it more comfortable to use over long periods.

You can also buy spare strimming line for a special price when ordering.

Now a great lawnmower which will leave a neat, striped finish.

The Castel S48BR Petrol Rear-Roller Lawnmower has a Briggs & Stratton engine, a real easy starter, and will cut right down to 20mm.

And with its rear roller it will produce neat stripes which will last.

A powder-coated steel deck will give resist corrosion and give the mower a long life and it has a front grass comb which smooths the lawn before it is trimmed and prevents scalping when turning.

Unusually mild it may have been but we’ll surely catch a packet sooner or later and this little device will save hours of work with a shovel.

The Oleo-Mac Artik 52 Single-Stage Petrol Snow Blower has a 163cc engine which blasts the snow and ice away once it is collected into the chute.

And as it is a blower which is pushed along it is easy to steer around paths and drives.

It can discharge up to eight metres away, but exactly where and how far you discharge it can be easily adjusted from the handlebars.

Here’s a machine you may well need after the recent gales.

The Tanaka ECS 3351 Petrol Chainsaw with a 35cm guide bar comes from a Japanese company often used by professional gardeners and is very light to use – it weighs only 3.5kg.

It has an efficient vibration-damping system and has an automatic chain oiling system to prolong the life of the chain.

The engine has been designed to give it a long life, that’s why it comes with a five year warranty for domestic use.

It costs £249, £20 off the normal prices and is delivered within three to five days of us receiving g your order.

Anyone who wants a perfect lawn will know that it is necessary to scarify it regularly to tease out moss and flat-growing weeds and allow moisture to penetrate to the roots.

And this machine has been a best seller for years, the Einhell GC-SC 2240P Petrol Lawn Scarifier.

There are 18steel blades which are powered by a 118cc engine and at the back there is a 45 litre box for all then rubbish.

But if you have not scarified your lawn for some time don’t bother with the catch, you’ll have to rake up the debris there will be so much of it.

Large wheels make it easy to push along and navigate the lawn corners.

It costs £265, around £25 off the recommended price and it has a two year warranty.

Here’s a machine which comes into its own in the autumn but has its uses all year round clearing garden paths, tennis courts and pool edges of general debris.

The Ariens APV PUSH Hand-Propelled Wheeled Vac (995303) has a 190cc Subaru engine which develops great suction while being quiet in running and using little fuel.

Fitted with a five-bladed steel impeller it will reduce the debris by around a twelfth before packing it into a 195-litre collector. Then it is ready for the compost heap where it will rot down quickly.

There are 17 working heights so it can tackle a wide range of surfaces.

Now mowers from a British company with a long history of manufacturing top class garden machinery.

The Hayter R53S Power-Driven Recycling Lawn Mower VS ES (Sens-A-Speed Transmission) (Code: 448) can discharge grass to the side, useful for less formal areas, and can also collect it and mulch.

Cutting heights are from 25mm to 114mm and the transmission means you can set the speed of the mower to your walking speed.

It is started with a key, so no tugging on a starter cord, and the power comes from a 190cc Briggs & Stratton engine.

This next Hayter mower is one of the best money can buy.

The Hayter Harrier 56 Autodrive E/S Lawnmower with Variable Speed & Electric Start (Code: 561) has a 56cm cutting width making it suitable for larger lawns and with a 70 litre grass box you can keep mowing longer.

It has a variable speed drive and a split differential roller which not only gives a striped finish but means you will avoid scalping the lawn at the end of the row.

It cuts right down to 13mm and up to 60mm and is powered by a Briggs & Stratton 190cc engine and there is a free bottle of engine oil to get you mowing straight away.

It costs £959 compared to the normal selling price of £1079, has a five year warranty and is delivered within two to three working days with a free ten litre Jerry Can.

And finally a great little stylish machine for larger lawns.

The Lawnflite 76-RDE Mini Rider has a 76cm cutting width and a 420cc engine and can collect clipping s as well as discharging them to the side and mulching.

It is dead easy to drive with six forward and six reverse gears and handle much like an automatic car.

There are five cutting heights.

We deliver it within five to seven working days of receiving your order and there is a two year warranty.

Keep an eye on our site as we have some exciting new products coming in the New Year which will make gardening easier and m ore enjoyable.

And finally from all at MowDirect, a Very Happy New Year.

Dick Roberts
Norfolk journalist and countryman, now retired from daily newspaper life but still commentating and writing. Keen gardener, when dodgy back allows, and devout researcher of local ales and French wines. Married with two children who have flown the nest, but return regularly to empty the fridge. Living in listed country cottage which gets more expensive by the year to maintain. Retired but still writing regular columns and pieces for web sites.