As the UK's leading garden machinery store, we are constantly expanding our range of goods with new, innovative and exciting products to take advantage of new technologies and engineering developments. Just as plant breeders come up with new varieties each year and expand their offerings so machinery companies develop and refine their lists, so here…Continued
December 22, 2015 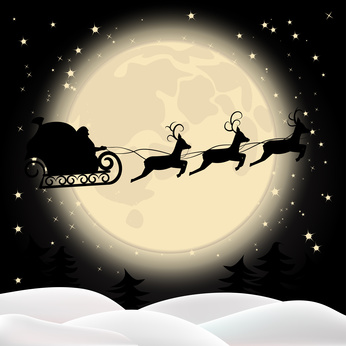 Having read Drew’s poetic efforts last week, it occurred to me that I should have a go. So in the spirit of Christmas, and for my last blog of the season and the year, here’s my Christmas Gift to the world. My re-telling of that famous rhyme, The Night Before Christmas, I hope you enjoy it.

Ronnie The Ride-on And The Night Before Christmas

‘Twas the night before Christmas, and all through the house
Not a creature was stirring, not even a mouse;
The stockings were hung by the chimney with care,
In hopes that Old Santa Claus soon would be there;

Twas’ the same in the shed, all was silence and quiet
No strimmers were buzzing, no hedgetrimmer riot.
All the garden machines were at rest for the season
Wrapped up for the Winter, ah, that was the reason.

Except, out in the garden. A Ride-on stood there,
All rusty, and dusty and lost to all care.
The pedals were bent, the blades were all wonky.
The engine just coughed like an asthmatic donkey.

Next season this Ride-on would not start again
Would not join its friends in the sun and the rain.
Forlorn and disheveled, alone and forgotten
Just dumped and abandoned, it’s rubber wheels rotten.

Yes, Ronnie the Ride-on once shiny and proud
With B&S engine so powerful and loud,
Had once cut all the lawns with a masterly stroke.
Now his crankshaft was cracked and his pistons were broke.

And he knew that his future was empty and bleak
And they’d throw him away, and in maybe a week
They’d replace him with some fab new-fangled machine
So modern and shiny and smart, fast and clean.

But then out on the lawn, there came a loud sound
Like some heavy object had just hit the ground.
‘Twas Old Santa Claus, and he’d quite lost his way
(When his GPS failed) and crash landed his sleigh.

He dusted himself down and then looked around
At the house, at the sky, at the shed, at the ground,
And Old Santa said, “Crikey, now what shall I do?
My Sleigh’s broke in half, it’s quite ruined. “Oh boo.

I can’t do deliveries without a sleigh
And it’s not very long till the break of the day.
The ride’s written off, I’m a long way from home”
Then he noticed poor Ronnie, stood there all alone.

“Well, well’ said Old Santa. “Now what have we here?
A sad looking Ride-on ? Gosh. I’ve had an idea.
It may look quite bust standing there on the lawn
But the darkness is worst in the hours before dawn”

And then Santa looked closer and said with a smile
“My, you just need a service, this won’t take a while.
So he got out his socket wrench set and a spanner
And rolled up his sleeves in a nonchalant manner.

And very soon Ronnie was looking quite perky
His engine now smooth not all smoky and jerky.
His blades straight and sharp, his dents hammered out
“Wow. You’ll do” Santa said and then wheeled Ronnie out.

He attached him with care to the harness and strap
He adjusted his wheels and said “Ronnie old chap,
Just some flying dust now on your deck and your wheel,
And we’ll soon be away, come on how does that feel?

And Ronnie replied with a welcoming purr of his B&S engine
And then with a whirr, he took off from the lawn with the reindeer in tow.
“Well done Ronnie” said Santa “Now, onward let’s go”

Now, Dasher! now, Dancer! now Prancer and Vixen!
On, Comet! on, Cupid! on, Donner and Blitzen!
Come Ronnie my friend the best Ride-on in sight
Happy Christmas to all, and to all, a good night”

So. Merry Christmas to Dick, to Drew and all the elves at MowDirect and especially you, our customers, and I hope you all have a peaceful and enjoyable New Year.   See ya. Holly.