As the UK's leading garden machinery store, we are constantly expanding our range of goods with new, innovative and exciting products to take advantage of new technologies and engineering developments. Just as plant breeders come up with new varieties each year and expand their offerings so machinery companies develop and refine their lists, so here…Continued
November 26, 2015 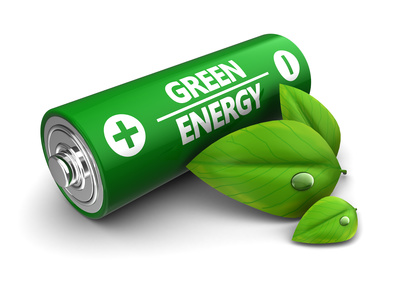 I have a professional gardening friend called Andrew. Andrew Cleese. I say friend in much the same way as I might say Nobby, the landlord of the Pike and Crumpet round the corner is a friend  We see each other occasionally, there is nearly always beer involved, we exchange a few words, swap opinions, usually ending in some kind of a grumpy stand-off.

Like John Cleese, Andrew has a an angry sarcastic side to him, and really hates being wrong. However, he is actually a decent bloke. He lives nearby and I occasionally help him out with demanding gardening jobs. I popped around yesterday morning to help him with a bit of leaf clearing and a lunchtime glass of Pickwick’s Power-Tincture IPA.

Now I have been banging on for ages about the virtues of battery powered lawn mowers, and in particular Lithium-ion (li-ion) batteries which are becoming considerably more powerful and advanced, with Li-ion powered mowers already challenging some petrol machines. He always guffaws in a ‘Jeremy Clarkson mixed with a hippo’ kind of a way and dismisses my arguments with the nonchalant wave of a soil covered hand. “It’s just a fad”, he’ll say “A craze. Batteries will never really out do petrol machines” he continues with all the confidence of Michael Fish.

It’s hard to accuse a man who lives day and night on his smart phone that he is being a Luddite but, nonetheless, I make a point, every visit, of pointing out that battery technology is improving at an incredible rate.

For years Andrew has owned a great huge gas guzzling mower that wouldn’t look out of place in the Indy 500 and must drink more than he does. It’s noisy, seriously grubby and yet he won’t even think of replacing it with something lighter, quieter and cleaner.

I’ve told him about the Greenworks G-MAX 40Li-40V Lithium-Ion 3-in-1 Cordless Lawn Mower, an amazing machine picking up fabulous reviews on the MowDirect website. I told him what people had been saying, including  “Cannot recommend this mower enough… lawns have never looked healthier…it’s excellent” and  “...one word – CLASS.” He just said it couldn’t be that good.

When I popped round yesterday I made him read Dick ‘s blog where he talks about the incredibly powerful EGO LM2000EKIT Power+ Cordless Lawnmower which has a Lithium-Ion battery producing  56V and is absolutely capable of rivalling a petrol machine.

But he pooh-poohed me again, and again said battery mowers will never catch on. Then he told me he needed to cut the lawn (yup, even at this part of the season the grass is growing and a bit of top snipping is necessary) and I decide to get back home and do some writing.

However, I was just putting my keys in the door when I realised I had left my i-phone on his table in the kitchen. So I went back round the corner and knocked on the front door. No answer. I’m thinking this is strange as the ear-shattering sound of his lawn mower would be obvious if he was mowing but he won’t have gone out. So I popped round the back and peeped over the fence. There he was. Mowing the lawn with a fairly new looking battery powered mower. I could not believe it. It was flattering on the one hand because he had obviously listened, but on the other hand he had me believing he was still using the petrol machine and gave me no credit.

Still. It was all worth it when I knocked on his back gate and caught him red-handed. I’ve rarely seen a man look so ashamed and embarrassed and the outcome is he owes me dinner and a few pints of Pipkin’s Dancing Hare so I don’t tell everyone in the pub what he did.  So all’s well that ends well. Enjoy your garden… and DO think about a battery mower. By next year they are going to be EVERYWHERE!   Drew Hardy.