As the UK's leading garden machinery store, we are constantly expanding our range of goods with new, innovative and exciting products to take advantage of new technologies and engineering developments. Just as plant breeders come up with new varieties each year and expand their offerings so machinery companies develop and refine their lists, so here…Continued
November 5, 2015 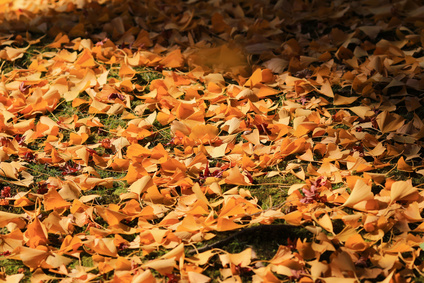 I notice my esteemed and ‘Jimmy Pickles Old Mucky Ale’, loving colleague Dick has been pushing his leaf sweepers again. Not literally, you understand, just explaining to you, the customer, that these tidy little machines are a truly viable way of sweeping up leaves from lawns, paths and patios without making a sound equivalent to a Star Wars Tie Fighter landing in your fish pond, as some petrol blowers are wont to do.
He’s right of course. The Brush Leaf Sweeper is a respectfully quiet but deadly ally in the constant battle to keep your paths slip free and your lawns in the best condition they can be at this time of year. Let’s explain how they work.

Once upon a time, in days of yore, when LOL meant Lots of Love, milk arrived on your doorstep in glass bottles, and an Apple was a thing that kept the doctor away rather than something that costs £450 and irradiates your brain, we had things called carpet sweepers. These were analogue, manual machines that used revolving brushes to pick up dust and bits from your ghastly brown swirly pattered carpet. They were cheap but, certainly in my memory, pretty  effective; and very useful if you were a student and a vacuum cleaner was way out of your price range and you finally had to clear up after that impromptu party… three weeks later. Of course, being quiet, you could also use them at at two o’clock in the morning when, after a heavy night at the Student’s Union, giving the floor a sweep when you come home and have dropped your kebab all over it might seem a good idea; whereas using a vacuum cleaner would have caused the bruiser downstairs to come up and give you a knuckle sandwich to go with your large doner.

Wheeled Lawn and Leaf Sweepers are basically like those machines, only built for the great outdoors, updated a bit and more effective, with better features and a little more elegance. They are designed, purely and simply, to pick up leaves and deposit them in a collecting bag.

As I said before, they work like old style carpet sweepers. A cylinder, like a mowing cylinder, runs between the wheels, with brushes attached and as the wheels turn, the leaves are swept up and thrown into a collector at the rear.

There are a few different types, models built to tow behind your lawn tractor as well as push versions.

They are ideal at this time of year and very efficient. Very few leaf removing systems are 100 % effective of the first pass, including many leaf blowers, but as one customer said of our featured Agri-Fab 26″ Push Lawn & Leaf Sweeper, “...it works a treat on all types of grass, long or short and gets 90% of the leaves up first time.” That’s a dashed good clean-up rate, and as another customer pointed out “… this thing is a delight to use. If feels almost therapeutic when you look back at the lawn you have striped as you swept… It will clear 0.25 acre lawn in about 10 minutes excluding emptying.”

There’s a feature mentioned in there that not many people realise.  If you clear by walking up and down, as if you were mowing, the sweeper can gently stripe your lawn, leaving a pleasing effect rather than just clearing.

They can can also clear up paper, paper cups and other debris so could be used after a barbecue, a wild party in the garden, maybe a local  fête, or one of those outdoor  wedding receptions that the Americans always feature as the climax to romantic comedy films, where someone turns up at the last minute, kisses the bride and annoys her parents.

Since they are hand propelled and operate with the turn of the wheels, the faster the leaf sweeper is moving, the faster the leaves are collected. As another happy customer noted “Getting exercise while listening to neighbour blowing leaves is good”. Indeed!
So. If you are really thinking about clearing up and getting out for some gentle exercise this Autumn (or next) and want to do it for prices starting well under £150  (MD and Agrei-Fab 26″) you could do a lot worse. Try here for the our great value and featured Agri-Fab and a few others into the bargain.  Enjoy your garden.   Drew Hardy.
Be Sociable, Share!