As the UK's leading garden machinery store, we are constantly expanding our range of goods with new, innovative and exciting products to take advantage of new technologies and engineering developments. Just as plant breeders come up with new varieties each year and expand their offerings so machinery companies develop and refine their lists, so here…Continued
November 3, 2015 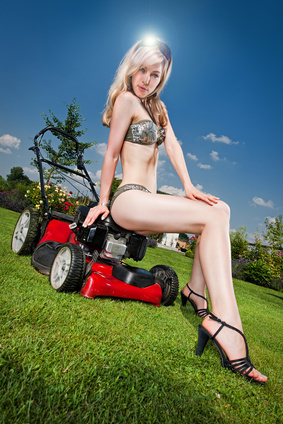 Ashcroft here… Holly Aschcroft. Now I have made a few references to the fabulous Mr B before on these pages, noting the use of a large Snow Blower in OHMSS, showing you Ernst Blowfeld’s mountoun hideout from the same movie and generally riffing in a coquettish manner fitting of a woman in her early thirties with a crush on a fictional brutal assassin.  but with the recent furore over the, apparently brilliant, new movie, SPECTRE, I really though we should push the turbo powered speedboat out and get really silly (it’s what I’m here for).

I say ‘apparently brilliant’ because I haven’t managed to watch it yet (not for the want of trying, just been too busy) whereas all my friends have. Subsequently they are all being annoyingly vague and saying things like “Don’t use the B word, here comes Holly”, or “Oh, you haven’t seen it yet? We won’t give anything away but he dies at the end” LOL (not).

In fact I sat down to dinner with six friends at the weekend, all of whom had seen it. Talk about the Spectre at the feast… except please don’t!

Anyway, I have been thinking about all things secret agenty and, as we’re all big fans here at MowDirect (one of us even rates Octopussy for pete’s sake! ) I have devised a list of top 5 movie titles starring our own hero, John Brand, Agent 53. They are in no particular order.

Dr ‘Cammickus’ Mow, an evil genius scientist (where do these people go to school?)  plans to take over every robotic lawnmower in the world by infiltrating the factories where they are being built, changing their programming and hardware so at a given point they will turn on their owners and run amoc, becoming mechanical weapons they will then kill all the world’s senior politicians and Dr Mow will rule the world for ever (Mwa-ha-ha-ha-ha-ha). Brand is sent to the island base of the villain to try to stop him. There he meets Jerry Can, a beautiful petrol pump attendant bent on revenging the death of her sister Mexy. After a breathless chase through some of the world’s most glamorous locations (Beijing, Jamaica, Sheffield City Centre) our hero catches up with Dr Mow and his henchmen. Mow is finally dispatched by the blades of one of his own fiendish robo-mowers. On returning to headquarters, when MD asks what happened to Dr Mow, Brand quips, “He just couldn’t cut it”.

2. The Man With The Golden Flame Gun

Leigh Christopherson plays Scary Mango, an evil, flame-gun wielding man who is out to destroy England’s most precious orchids with his golden flame gun. Brand meets up with his boss, MD at headquarters in Norwich and is given a new mission, to stop Mango in his tracks. After a breathless chase through some of the world’s most glamorous locations (Thailand, Japan, Brazil, Kew Gardens) the action culminates with a deadly flame gun battle in the vertiginous gardens of Machu Pichu in Peru. Scarifier is killed by Brand and England’s Orchid growers can breathe a sigh of relief. On his return to HQ,  Brand is asked what happened to Scary Mango and he quips “He ran into an old flame”.

3  From Brushcutter With Love

Brand is on his holidays in the South of France when he witnesses a shipment of brushcutters being smuggled out of the country by some shady characters from a secret organisation  the Brainy Revolutionary Unit for Subversion and Hardship.(BRUSH) brushcutters. He follows the shipment to Poshbeckistan where he finds a secret army of ninja type warriors training with the brushcutters to use as weapons. He meets soviet agent Yanka Legoff and together they discover BRUSH is planning to send these warriors out as landscape gardeners across the globe, where at some point they will turn on their owners and assassinate the word’s politicians. They follow one of the main protagonists, Lorne Hacker, and after a breathless chase through some of the ….well you get the picture – the film culminates in a pitched battle between MD forces and the brushcutting wielding ninjas.  Brand wins the day by killing Hacker with his own brushcutter, and on his return to HQ, when MD asks what happened to him, Brand quips “I gave him the brush off”.

Brand is released from duty by MD over an argument about holiday pay and decides to become a hill farmer in Northern Italy.  While he is earning his tilling license, learning to till and cultivate the soil properly, he falls foul of scarred and small-dog loving Engel Blower, head of the Special Organisation for Sabotage And Gang Exploitation (SOSAGE). Who are planning to contaminate the world’s olive crops and make a fortune with their own brand of oil made from pumpkins. Brand meets the beautiful and feisty Evie Oyle and together they chase Blower to his secret hideout in Vatican City. After a huge battle between Brand and Blower, Brand kills him by ploughing him into a garden with his rear tine cultivator. On his return to HQ, When MD asked what happened  to Blower, Brand quips “I don’t know, but he was broken up about something”.

5. Mow Another Day (AKA The Price Is Not Enough)

In production. To be honest, I’ve run out of ideas. You do it. Something about low prices on lawn mowers and an evil villain trying to take over the world.  Anyway, take care on fireworks night and I hope you had a good Halloween and enjoy SPECTRE when you see it, if you haven’t already.  I can’t wait!   See ya.   Holly.