The new Spring edition of Living Woods Magazine, contains a very special section for us! Arborist expert and LWM writer, Rich Hare writes a chainsaw review on our very own Feider Chainsaw - Pro 45. Living Woods Magazine is a quarterly magazine for everyone who loves woodlands, trees and timber. You can subcribe for free…Continued
January 12, 2015 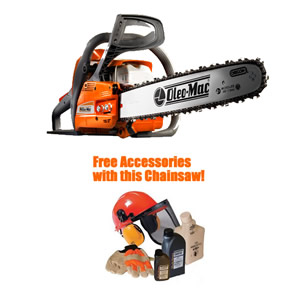 Gales and strong winds combined with lashings of rain have meant that most of us have decided to keep inside and out of the garden.

And very wise too, as branches have been snapped from trees and you can’t clear up the debris when there a risk of injury.

But once the winds subside take a walk around the garden and tidy up and repair any damage which may have been caused.

You will probably find there are odd clumps of leaves blown on to flower beds or into corners near drives and hedges and you’ll need to clear these away.

Modern leaf blowers and vacs are better than a tined rake. Often you’ll find that leaves raked up will just be blown around again, so use a leaf blower like this to blow them into a pile and then suck them up.

The leaves once sucked up and possibly shredded as well can then be put on to the compost heap where they will rot down quickly.

While clearing up the garden collect and fallen branches and cut them up with a chain saw. Then put them in the wood store and leave them until this time next year when they’ll have dried and seasoned.

Even small twigs should be gathered up and kept for they make useful kindling.

For sawing up the wood use something like this, an ideal chainsaw for cutting logs and small scale felling.

You may well find that some trees are leaning dangerously and need felling. These small saws will do the job, but don’t be tempted to cut down trees when it’s still blowing hard.

Inspect flower beds and heel around any bigger plants which may have been loosened by the gales.

And if you have any fence panels which are hanging off, don’t just nail them back again until you have inspected the fence posts.

You may be able to hammer in a metal stake next to the posts which have started rotting but you will need to take post and panels out in the Spring.

And don’t try walking about in windy weather carrying fence panels, a gust of wind could well rip them from your grasp and send you flying with it.

Just because it has been mild, don’t think that we are out of the woods yet, there is still plenty of time for bucket-loads of snow to make life a misery.

So have a look at this, a snow blower made for larger domestic properties which will save hours of exhaustion with a shovel.

Now blowers are simple to use and many are self-propelled and will keep you on the move when others are snowed in.

Dick Roberts
Norfolk journalist and countryman, now retired from daily newspaper life but still commentating and writing. Keen gardener, when dodgy back allows, and devout researcher of local ales and French wines. Married with two children who have flown the nest, but return regularly to empty the fridge. Living in listed country cottage which gets more expensive by the year to maintain. Retired but still writing regular columns and pieces for web sites.